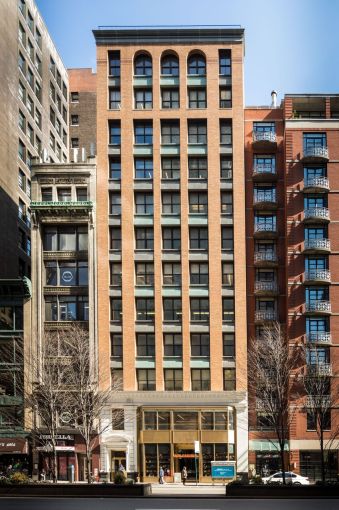 The startup studio Aegis Venture Partners ventured out into an 8,732-square-foot office at 373 Park Avenue South in NoMad, Commercial Observer has learned.

Aegis, which funds and supports New York City startups, moved from 115 East 23rd Street to the entire second floor of the 12-story 373 Park Avenue South between East 26th and East 27th streets in mid-June, according to the landlord, ATCO Properties & Management. Asking rent was $53 per square foot in the two-year deal.

Aegis and ATCO did not immediately respond to requests for comment on the size of Aegis’ previous space.

The startup studio’s new digs previously belonged to Cosmoledo, bakery chain Maison Kayser’s parent company, which took the space in 2016 and originally planned to keep it for 10 years. The business left the property after it declared bankruptcy in 2020 and agreed to sell its assets to Aurify, the same company that snatched up the popular eatery chain Le Pain Quotidien.

“We are so pleased to welcome Aegis Venture Partners … to our Midtown South portfolio,” Kate Hemmerdinger Goodman, ATCO’s co-president, said in a statement.

Savills’ Brandon Cooperstock handled the deal for Aegis. Cushman & Wakefield’s Natalie Tobar-Romero represented the landlord. Representatives for C&W and Savills did not immediately respond to requests for comment.