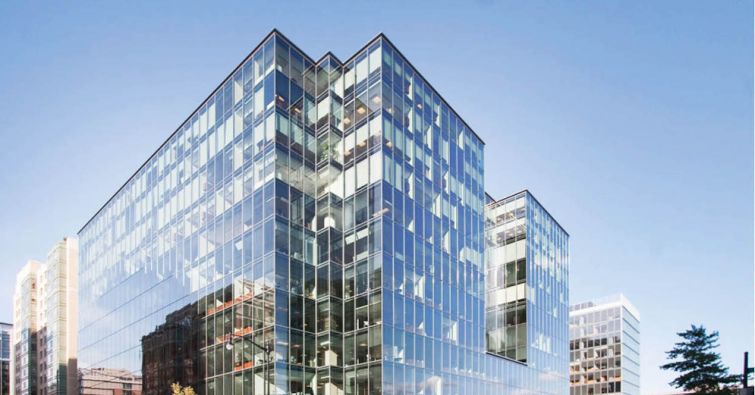 The London-based company first moved into the 12-story building in 2013.

Oxford Properties and Norges Bank Investment Management own the building, having acquired it in 2017 as part of a two-building portfolio for $389 million. Rent in the building is approximately $60 per square foot, according to someone close to the deal.

The property boasts floor-to-ceiling windows, a rooftop terrace and an on-site fitness center. It is adjacent to CityCenter, a mixed-use hub featuring outdoor spaces, restaurants, high-end retail and residential units.

“Since moving into 1101 New York in 2013, the building has supported the firm’s practice with a location convenient to important clients and space that is a destination for our attorneys and staff,” Anthony Mansfield, managing partner of Allen & Overy’s Washington office, said in a prepared statement.

Allen & Overy has four other offices in the United States, in New York, Boston, Los Angeles and San Francisco.

Savills’ Tom Fulcher, Julie Rayfield and Adam Brecher represented the tenant in the deal, while Matt Pacinelli, Kyle Luby and John Klinke of Stream Realty handled things for the landlords.