The Bradmore Group is building the 151,000-square-foot office with Lincoln Property Company 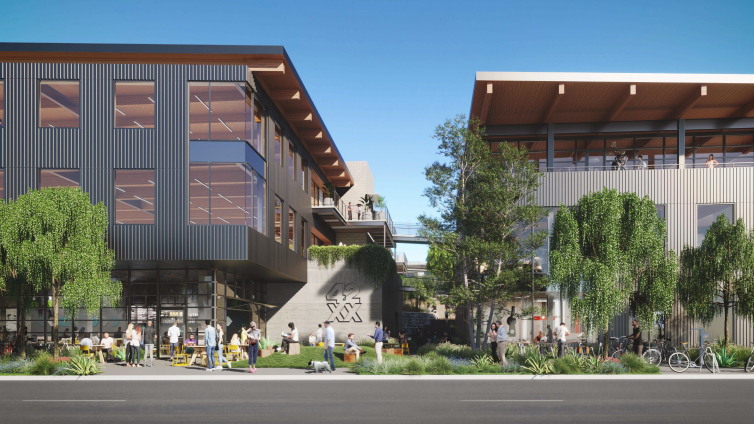 A creative office campus with 151,000 square feet of rentable space is set to rise on Los Angeles’ Westside after closing $117 million in construction financing.

Bank OZK provided the senior loan and Acore Capital provided the mezzanine financing, sources told Commercial Observer. It’s the lenders’ first time working together in such a capacity. CBRE, which facilitated the loans, said it’s one of the first ground-up office projects in L.A. to move forward since the pandemic hit.

Private equity firm and property owner The Bradmore Group is building the campus with development firm Lincoln Property Company. The site at 4204-4230 Glencoe Avenue is in a light industrial neighborhood in Marina Del Rey that’s undergoing significant transformation, and it is where Bradmore is based. Architecture firm Rios designed the low-rise campus named 42xx, which will feature three three-story buildings connected by exterior corridors and stairways to accommodate either a single tenant or multiple users.

“In the office sector today, it is no longer just about flight to quality, but rather flight to experience,” said CBRE’s Greg Grant, who facilitated the financing on behalf of the borrower.

Bradmore Group has owned the property since 1961 and pursued entitlements for office use over the past several years. The developers will use mass timber, a low-carbon alternative to concrete and steel.

L.A.’s Westside is the largest office submarket by net rentable area with more than 58 million square feet, according to CBRE’s third-quarter office report. While office real estate is struggling in every market, the vacancy on the Westside is 14.5 percent, and 4 percentage points lower than the county average. For comparison, Downtown L.A.’s office vacancy rate is 22.3 percent.

The Bradmore Group owns and manages more than 70 buildings with more than 1.5 million total square feet.