Huizar’s wife, mother and brother confirmed in testimony that they helped the former councilman launder money. 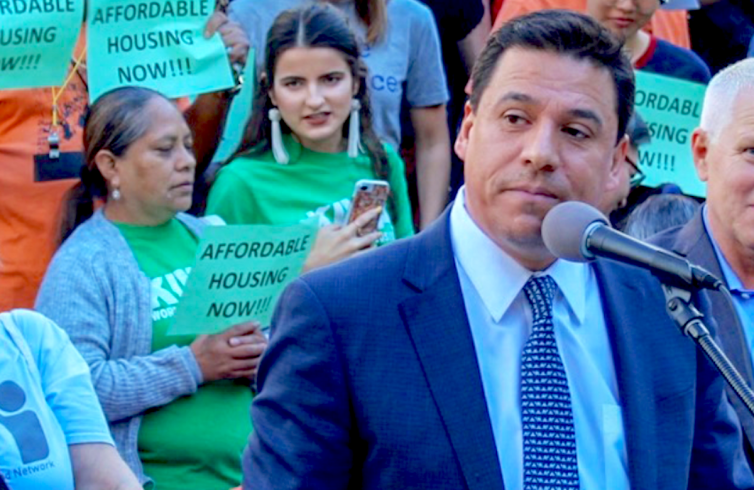 Jose Huizar pleaded not guilty this week to charges alleging he led a “criminal enterprise that shaped the development landscape in Los Angeles." Office of Jose Huizar

Real estate development company Shen Zhen New World I was convicted Thursday of paying Jose Huizar, a former Los Angeles City Council member, more than $1 million in bribes in return for his help getting approvals for a proposed skyscraper downtown.

Last week, Huizar’s wife, mother and brother confirmed in testimony that they helped the former councilman launder money. Most of the bribes Huizar is accused of taking came from Huang.

The former councilman was chairman of the powerful planning and land use committee, and he allegedly directed “a money-making criminal enterprise that shaped the development landscape in L.A.,” and involved multiple real estate developers, illicit cash payments and political donations.

The jury found that Huang bribed Huizar to win city approval of a 77-story tower at Figueroa and West Third streets. Shen Zhen New World I could face millions of dollars in fines at its sentencing in January, the Times reported. Huang’s parent company, Shenzhen New World Group, is based in Shenzhen, a city in China near Hong Kong. Huang was charged with bribery and fraud, but he has not returned to the U.S. since 2018, per the Times.

Court evidence showed the billionaire treated Huizar to 20 extravagant Las Vegas getaways, plus other trips to Australia, often on private jets. Huang paid for Huizar and his aide George Esparza to stay in presidential suites and private villas, as well as for Rolls-Royce limo service, prostitutes, nightclub bottle service, and extravagant dinners with wine that cost as much as $10,000 a bottle. Huang also gave Huizar about $250,000 in casino chips, and arranged for a $600,000 payment to Huizar to quietly settle a sexual harassment lawsuit.