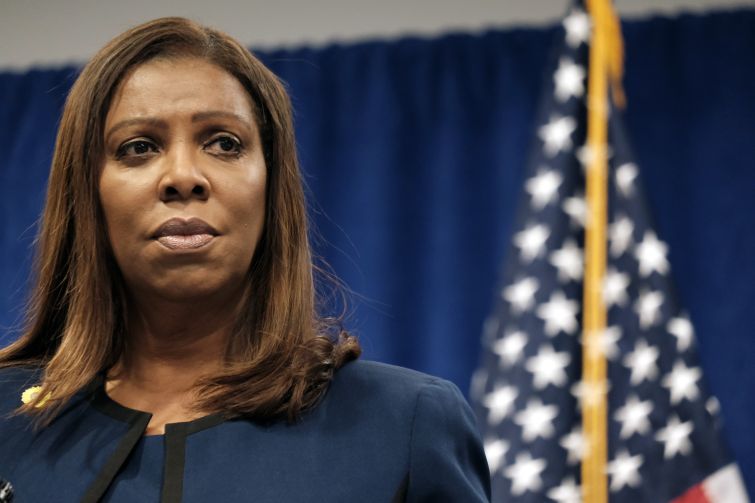 Judge Arthur Engoron granted a motion for a preliminary injunction limiting Trump and his firm’s purchase or sale of assets without court approval and ordered the Trump Organization to appoint an independent monitor to make sure it complies with the court.

“Time and time again, the courts have ruled that Donald Trump cannot evade the law for personal gain,” Attorney General James said in a statement. “Today’s decision will ensure that Donald Trump and his companies cannot continue the extensive fraud that we uncovered and will require the appointment of an independent monitor to oversee compliance at the Trump Organization. No number of lawsuits, delay tactics or threats will stop our pursuit of justice.”

The decision is a win for James and her office’s yearslong investigation into Trump and his firm for allegedly fraudulently manipulating the values of properties in its portfolio by millions for tax and loan purposes. Trump has struggled to maintain legal control of his assets and keep his finances private, breaking tradition in not releasing his tax returns and recently asking courts to delay their release to the House of Representatives.

Engoron’s ordering of an independent monitor for the Trump Organization stems from a civil suit filed in September by James accusing Trump, his firm and his three children of manipulating property valuations. Attorneys for Trump filed their own civil complaint in Palm Beach Circuit Court on Wednesday claiming James’ actions violated the Florida state constitution and slammed the case as “political persecution” by James, who is up for re-election next week.

“It should come as no surprise that, rather than take the time to review the filings and make a reasoned decision, the court issued a snap opinion a mere three hours after arguments were heard,” a spokesperson for the Trump Organization said in a statement. “Today’s decision sets a dangerous precedent for government interference in private enterprise and is an obvious attempt to influence the outcome of the upcoming election.”

In his ruling, Engoron noted that the preliminary injunction was siding with the findings, so far, in a three-year investigation by James’ office. But Trump has long maintained that the investigation has been political theater to uphold campaign promises made when James was seeking the office of attorney general and again when she was running for governor.

Trump and his associates have used language such as calling the investigation a “witch hunt” and, in this week’s civil complaint, stated that the legal actions taken by James’ office amount to harassment.

Mark Hallum can be reached mhallum@commercialobserver.com.