Water Garden could attract bids of up to $1.4 billion, or a whopping $1,000 per square foot, report says 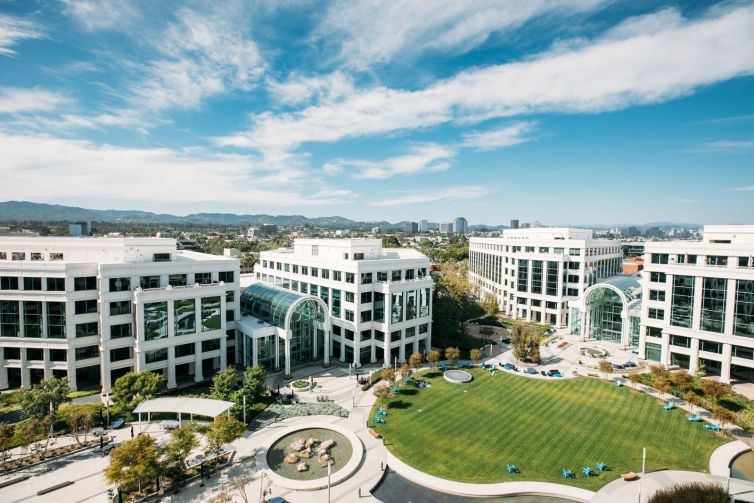 J.P. Morgan Asset Management is looking to unload a trophy office campus in Santa Monica, Calif., that’s leased to major tenants such as Amazon and Sony, Commercial Observer has learned, in perhaps another sign that institutional investors are losing confidence in office space.

The Water Garden features more than 1.4 million square feet over 17 acres, making it the largest office campus north of the Interstate 10 Freeway on Los Angeles’ Westside, according to marketing details shared with CO. The campus at 1620 26th Street is 84 percent occupied. No asking price was included.

Following the initial publication of this article, Green Street reported that Water Garden could attract bids of up to $1.4 billion, or a whopping $1,000 per square foot, in the face of a foundering office-sales market. JPMorgan, which acquired the property 21 years ago, as well as Eastdil Secured, the marketing brokerage, both declined comment.

Earlier this year, Amazon signed a 200,000-square-foot lease at the Water Garden, which is the largest office commitment in the county so far in 2022. JPMorgan completed a $50 million renovation about six years ago at the Water Garden, which is adjacent to Hulu, Roku and HBO offices at the Colorado Center in one of the two most expensive office submarkets in Greater L.A.

The property is for sale for the first time since it was completed, and it comes during a tough time for office real estate, which faces rising vacancy rates, rising interest rates, and a new era for remote work. Major tech companies that drove much of L.A.’s office market in the past are also pulling back: Amazon announced Thursday that it’s pausing corporate hiring, and Facebook’s parent company Meta is spending $2.9 billion before 2024 just to shrink its office footprint.

In response, major investors have started to signal plans to decrease their office exposure by looking to unload long-held assets. Brookfield, the largest office landlord in Downtown L.A., is looking to sell one of its towers with more than 1 million square feet (with a $400 million asking price) after acquiring it more than 15 years ago. According to a recent report from Savills, a flurry of other major office landlords put properties up for sale, including New York Life Insurance, CIM Group, J.H. Snyder Company, Hudson Pacific Properties (HPP) and Atlas Capital.

“Everyone (office landlords) is now in occupancy preservation mode instead of pushing rental rates,” another source said.

According to Savills’ third-quarter office report, more one-fourth of L.A.’s office space is either vacant, available for sublease or will soon be available, for an all-time high 25.4 percent availability rate. Sublease space alone is also near a record-high 10 million square feet, and office rents dropped slightly to $4.06 per square foot per month.

UPDATED: This article has been updated with an estimated property valuation for the Water Garden campus.