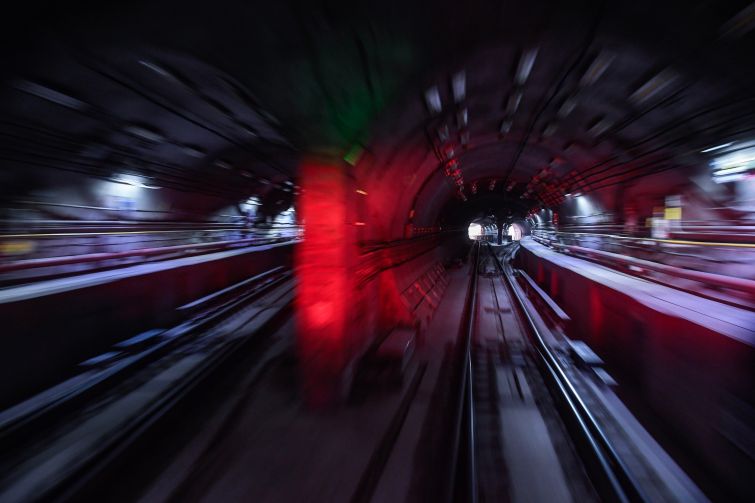 When construction on East Side Access — the Long Island Rail Road connection between Queens and Grand Central Terminal — started over 15 years ago, New York City was about to enter a period of remarkable employment growth. The city would add more than 900,000 jobs between 2009 and 2019. State Comptroller Thomas DiNapoli in a report called the growth the city’s “longest and largest job expansion since the end of World War II.”

Not uncoincidentally perhaps, annual ridership on the subway and the Long Island Rail Road had just crested record levels: nearly 1.7 billion MetroCard swipes for the subway, and more than 91 million trips on the LIRR.

DiNapoli’s report came out in February 2020.

The COVID pandemic, of course, hit the next month. Mass transit use plunged — and has yet to have steadied itself at pre-pandemic levels. A lot of that has to do with a rise in crime as well as the number of would-be commuters working at home for large chunks of the week. Kastle Systems, which tracks office occupancy in central business districts, said on Oct. 12 that New York’s office buildings were 47 percent occupied on a typical workday.

This is the reality of the $11 billion East Side Access as it opens to riders before the end of this year.

One of the single, biggest infrastructure projects in the United States, East Side Access includes a 700,000-square-foot underground terminal dubbed Grand Central Madison by the Metropolitan Transportation Authority, with 17 high-rise escalators each 182 feet in length, eight new track beds, and two mezzanines sheathed in granite that sit 170 feet below the surface of Grand Central Terminal. The LIRR route will run seven miles from Queens’ Sunnyside Yards.

Whether that many Long Island and Queens residents take that route as would have before the pandemic’s disruption remains to be seen. Commercial real estate owners and developers, including ones who have put shovels in the ground nearby in anticipation of Grand Central Madison, remain bullish whatever the statistics.

“There will be fewer face-to-face meetings and conferences, with increased usage of Zoom and other teleconference technologies,” said Larry Penner, a mass transit historian and advocate who worked 31 years for the Federal Transit Administration. “Many Manhattan-based corporations continue downsizing existing office space. There is also a significant amount of vacant office space in Midtown and Downtown Manhattan. The growing perception, real or not, concerning increasing crime, shoplifting and homelessness also serves as a deterrent to attract more LIRR commuters from wanting to travel to Grand Central Madison.”

It could get worse, too, in terms of office occupancy and the need to commute into Manhattan.

Many companies are looking for solutions to their unused office footprints. Some are liquidating equipment and furniture, while others are putting it in storage. A survey in August found that 46 percent of companies may be cutting back on office space in the next year, shrinking their footprints by half in some cases.

Still, more office development is coming regardless, due largely to a rezoning of Midtown East that the City Council passed in 2017 and due partly to the anticipated convenience of the new transit hub. These developments include JPMorgan Chase’s 270 Park Avenue at 2.5 million square feet, and RXR’s 175 Park Avenue that will have 2.1 million square feet and dwarf the Empire State Building in height.

At the same time, the vicinity remains a favorite with investors. Up to $1.413 billion in multifamily mixed-use property sales and $2.842 billion in sales of office buildings have closed over the last 12 months in Manhattan from 34th to 59th Street and the East River to Fifth Avenue, according to data from Ariel Property Advisors.

“When we deliver it in 2029, 175 Park will be the tallest commercial building in the Western Hemisphere — and it’s something that wouldn’t have happened without that rezoning,” Scott Rechler, chairman and CEO of RXR, previously told Commercial Observer. “It becomes self-fulfilling, because the whole Grand Central marketplace is getting better and better in terms of the quality of the buildings, the quality of the public spaces, and the quality of the infrastructure there — not only from what has been invested because of these projects, but also with the opening of the East Side Access.”

The de Blasio administration introduced the rezoning — from East 39th Street to East 57th Street, between Second Avenue and a line 150 feet east of Fifth Avenue — due to the average age of office buildings then in the 73 square blocks: 70 years. Also, almost nothing sizable had been built in the preceding 20 years.

Under the rezoning, developers were allowed to build in excess of a 15 floor area ratio — a building’s floor area in relation to the size of the parcel it sits on — in exchange for contributing  $250 per square foot to a fund for improving transit in the area, including pedestrian activity. The city believed that through this plan up to 10 million square feet of aging commercial space would be replaced while adding approximately 4.5 million square feet.

“I think the Midtown East rezoning of many years ago was really the catalyst for [flight to quality]. … When you take all that investment and then you tell firms, ‘Your commuters will have a one-seat ride without having to go to Penn Station’ — what a game-changer,” Carlo Scissura, CEO of the New York Building Congress, said. “It couldn’t happen at a better time for New York’s recovery, and I think it really proves that government investment with the private sector can pull together an enormous amount of growth for any city.”

East Side Access has certainly taken long enough and cost its weight in steel, concrete and marble. In 2001, when the MTA and various other state agencies started conceptualizing the project, they believed it would cost only $3.5 billion — and be up and running by 2009.

A recent New York Daily News article chronicled years of cost overruns and flawed completion estimates, claiming that the MTA had mishandled the project from start to finish — something the agency’s chief of external affairs, John McCarthy, put into a different perspective.

“The MTA is close to delivering the new era of service that was reaffirmed by [MTA Chairman Janno] Lieber in 2018 — instead of following the previous defeatist strategy of repeatedly delaying project delivery,” McCarthy said in a statement on Oct. 16. “The failures that took place 13 to 20 years ago, under governors three times removed from the current administration, should not distract from these historic achievements.”

Some other costs associated with East Side Access have included the $2.6 billion Main Line Third Track project, the $450 million Jamaica Station Capacity Improvements, the $387 million Ronkonkoma Double Track project, the $120 million Ronkonkoma Yard Expansion, and $44 million for the Great Neck Pocket Track — all on the other side of the East River from Manhattan — according to Penner.

But the MTA has been more positive about Midtown’s recovery and the project’s overall viability than most, even as COVID-19 gutted New York City office culture and the recovery has since been slow. In May 2021, Lieber — who at that time was the MTA chief development officer — said he was confident things would be significantly normalized by the end of 2022.

The data points to sluggish progress toward the return to offices, but progress nonetheless.

On Oct. 18, the MTA logged 199,000 straphangers riding the LIRR, about 69 percent of 2019 pre-pandemic average weekday ridership. On the same day last year, the agency recorded a total ridership on the LIRR of 127,400, according to the agency website.

Probably the biggest reason for any bullishness — at least among commercial real estate owners — is the success of One Vanderbilt. SL Green Realty opened the 77-story, 1.75 million-square-foot office tower next to Grand Central Terminal in late 2020, before any COVID vaccines were available. It is now nearly completely leased, and at some of the highest asking rents in the city’s history.