Elon Musk might write off ESG as a scam, but for a lot of real estate owners it’s become central to the mission 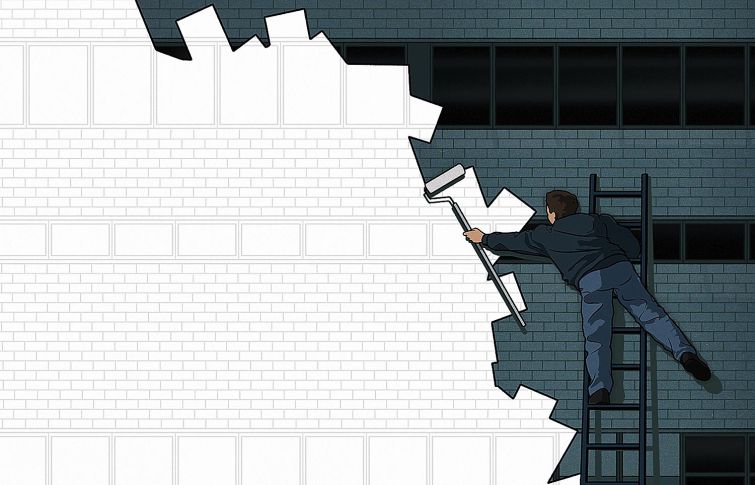 ESG is here to stay. Illustration by Eleanor Bannister

Like the Dutch tulip craze of the 17th century, or the Furby mania of the 1990s, the allures of a bandwagon are difficult to resist, and years later can lead followers to the painful question: What the hell were we thinking?

Alternatively, momentum grows for gas-free cars or buying Amazon stock, things that seem so obvious in retrospect that the painful question becomes: What the hell took me so long?

To wit, the mania sweeping across the business community now is ESG (environmental, social and corporate governance) and what it means for how a business is run, how its employees are treated, and (most relevantly for real estate) how much of an effect its actions have on the greater environment.

ESG has become a political football in many quarters. In July, Florida Gov. Ron DeSantis signed a measure forbidding the state’s pension administrators from considering ESG as a factor in making investment decisions, and everyone from The Economist to Elon Musk has piled on ESG as either well-meaning but ineffective or some kind of dubious scam.

But given real estate’s outsize role in carbon emissions (according to the EPA in 2020, 13 percent of all U.S. greenhouse gas emissions came from homes and businesses) it’s worth asking real estate owners directly what they think about ESG — especially if they’re expected to put up the money necessary to effect change.

So that’s precisely the question Commercial Observer posed to 30 of the top owners in New York City:

“It is a ridiculous question,” said MaryAnne Gilmartin, MAG Partners’ founder and CEO. “All sectors of the market, including real estate, have a deep responsibility to our people, our Earth, and the communities in which we are building. I am glad that it now has a name in the boardroom, but these principles are why MAG Partners is in the business.

“Major fixture,” said Brookfield’s Ben Brown. “Maybe it gets branded differently in the future, but the drive to principles like sustainability, diversity and inclusion are core to the business in the long term.”

“It is the right thing to do, and business owners should implement ESG policies for that reason alone,” said Savanna co-Chair and CEO Nicholas Bienstock. “But increasingly the major constituents of a real estate investment business — investors, tenants, employees, municipalities — simply require serious attention to ESG.”

“Alignment can present a significant value add for our existing tenants and a competitive advantage with prospective tenants,” said Michael Phillips, Jamestown’s president and principal.

Malkin has been one of the more active owners when it comes to the reduction of carbon, taking buildings in his portfolio like the Empire State Building and making serious green upgrades. ESRT instituted a $550 million energy retrofit of the Empire State Building, replacing thousands of its windows to boost insulation, installing energy-efficient light fixtures, using only low- or non-VOC materials, and more.

However, Malkin is also among the more outspoken in the business against cosmetic and ineffective fixes in greening buildings.

“Greenwashing and soft sustainability measures are the ‘E’ fads that are on their way out, and science-based targets and hard data will dominate the future,” Malkin said in response to Commercial Observer’s Owners survey. “As legislation continues to demand caps on energy and emissions, companies will need to comply.”

Of course, even though the general consensus of owners was extremely positive on ESG, there were some who were more skeptical about its importance or effectiveness.

“I applaud the idea that we should each view our investments as needing to be consistent with our values,” said TF Cornerstone Senior Vice President Jake Elghanayan, “but, unfortunately, I think most ESG is more marketing than substance.”

Elghanayan’s cousin, Justin Elghanayan, the president of Rockrose, also evinced something less than a full-throated endorsement of ESG. “Interest in ESG will diminish over time but won’t completely go away,” Justin Elghanayan said.

Other owners were more blunt.

It’s “probably a fixture but not good for capitalism,” said Jared Epstein, Aurora’s president and principal.

“Some investors don’t give a shit,” JPMorgan Chase’s Jamie Dimon told clients in October in comments that were picked up by The New York Post. (Funny, The Post noted, that Chase issues its own reports on its ESG performance and its website says “ESG matters are an important consideration in how we do business.”)

ESG, said Red Apple Group’s John Catsimatidis, is “a fad. People should realize this before the U.S. becomes a Third World country!”

Naturally there is divergence among owners between what ESG means, and whether all parts of it should be equally embraced.

“ ‘S,’ or culture, is critical,” said Malkin, “and our changes in our own business here have enabled us to make massive advances throughout the pandemic and after. We were deliberate and strategic in our ‘S’ moves, and there is nothing that we did from January 2020 through today that we plan to change. We are fortunate to be in the position we are today.

“As for the ‘G,’ ” Malkin added, “governance has always been a focus for companies. It’s nothing new.”

“ESG is a fixture if voluntary and organic,” said Muss Development President Jason Muss, “not forced upon companies by overreaching money managers.”

Of course, it’s not strictly money managers who have compelled these changes; it is also the government. The words “Local Law 97” remain as taboo among developers as “Voldemort” is among students at Hogwarts. The New York City legislation which mandates carbon reductions (and fines developers who fail to comply) promises to punish some of the more visionary buildings when it comes to green development — like the Durst Organization’s 1 Bryant Park, which was unveiled in 2010, but 12 years later is liable for an estimated $2.4 million in annual fines.

“The law as written punishes density,” Douglas Durst told The New York Times back in August.

Nevertheless, this hasn’t altered the significance of ESG in Durst’s thinking. “We have been doing it for 40 years,” Durst told CO.

“In the long run,” said Savanna’s Bienstock, “companies that fail to integrate ESG into every aspect of their business will do so at their peril.”