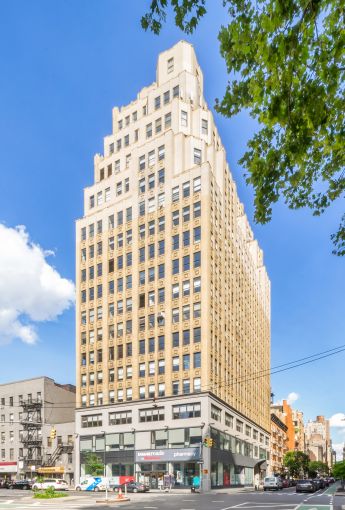 The company signed a lease for 7,000 square feet on the sixth floor of the 21-story building in Chelsea between West 26th and West 27th streets, according to GFP. GFP declined to provide the terms of the deal.

Ernesta’s was founded earlier this year by John Foley, Hisao Kushi and Yony Feng to sell custom-fit rugs directly to consumers. It recently raised $25 million in a Series A round and plans to launch next spring.

The trio were behind the connected fitness brand Peloton, which went public in 2019 and boomed early on in the pandemic but recently hit rough waters after sales slowed when gyms reopened. Foley, who served as CEO, and Kushi, who served as chief legal officer, left their posts at Peloton earlier this year amid a shakeup of the executive suite as new CEO Barry McCarthy tries to turn around the company.

Foley re-emerged earlier this month announcing the launch of Ernesta with the aim to make “economical and understated” rugs, according to its website.

Allen Gurevich handled Ernesta’s lease in-house for the landlord while Newmark’s Ben Shapiro and Benjamin Birnbaum handled it for the tenant. A spokesperson for Newmark did not immediately respond to a request for comment.

“Following its recent launch, Ernesta was looking for a plug-and-play space offering immediate occupancy in Chelsea where it could hit the ground running,” Gurevich said in a statement.  “We are excited to see this innovative company join the growing tenant roster at 322 Eighth Avenue.”