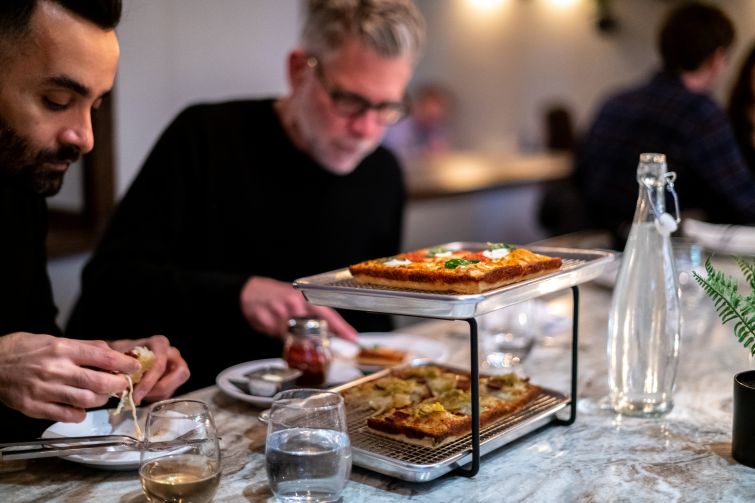 The pizzeria signed a 10-year lease for the 2,200-square-foot space at the corner of Fifth Avenue and Third Street, which was formerly occupied by the Nubleu Restaurant, according to All Points Real Estate’s James Monteleone, who represented landlord Steve Zito.

“This has to be one of the most attractive and well known corner locations in Park Slope, particularly because of the beautiful outdoor patio enclosure that was added,” Monteleone said in a statement. “The area has been experiencing an influx of new eateries, including fast-casual, healthy concepts, and of course pizza. It’s very gratifying to be a part of this resurgence in the restaurant industry.”

Known for its square-shaped, Detroit style-pizza, Emmy Squared opened in Williamsburg in 2016 and made a rapid expansion across the city in just a few years, adding spots on the Upper East Side and in Hell’s Kitchen. The chain currently operates 19 locations nationwide, including the four in New York City plus others in Philadelphia, Washington, D.C., Nashville and Louisville, Ky.

Park Slope will be its twentieth location, according to an Emmy Squared spokesperson.

Cushman and Wakefield’s Jason Greenstone represented Emmy Squared in its Park Slope deal. C&W did not immediately respond to a request for comment.