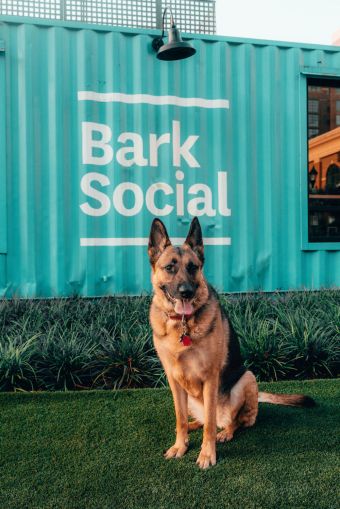 Bark Social, the social club for dogs and dog lovers, is expanding to Columbia with its third location in Maryland, joining clubs in Bethesda and Canton.

The company, which also has locations in Washington, D.C., and Northern Virginia, has inked a 25,000-square-foot lease to open in the Merriweather District next to the Merriweather Post Pavilion.

The Merriweather District is a 14 million square-foot neighborhood redevelopment by The Howard Hughes Corporation, which has already opened about 2 million square feet of the space, with completion for the entire development slated for next year.

“Our team is incredibly proud of the mix of businesses and restaurants moving into Downtown Columbia over the next year,” Greg Fitchitt, president of the Maryland region for The Howard Hughes Corporation, said. “We are thrilled to be able to welcome Bark Social home and take this next step in providing something for everyone, including our many canine residents, in Merriweather District.”

Current tenants include Busboys and Poets, The Charmery and The Food Market, while those soon to take up shop in the Merriweather District include Banditos Tacos & Tequila, Medium Rare and Toastique.

The new Bark Social will be the first in Howard County, home of Jeff Kurtzman, co-founder and CFO of the company. Kurtzman noted the location will be a stand-alone building with approximately 5,000 square feet for a covered outdoor patio section.