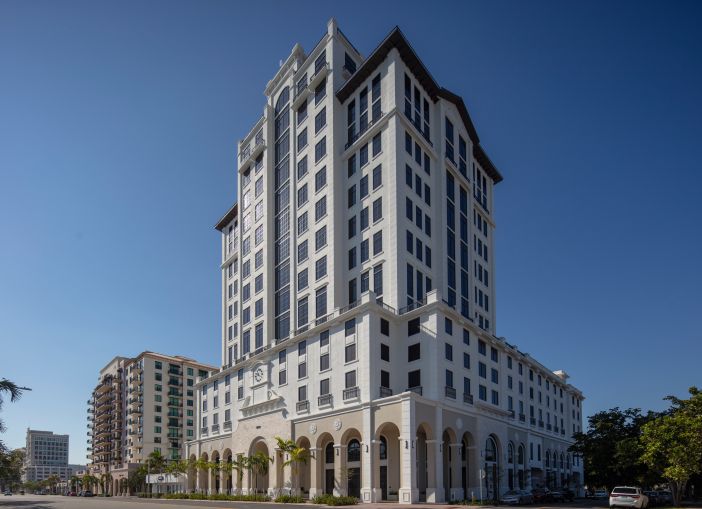 Offizina was developed by TSG Group and BF Group, and designed as 60 office condos. By early 2019, 47 of the units had been sold for a combined $52.5 million in 20 transactions, according to property records. TSG Group still owns the remaining units.

Knotel is attempting to revive itself, after Newmark acquired it in the wake of a pandemic bankruptcy.

Those efforts have included a fairly aggressive push into South Florida. The once-mighty WeWork rival has previously signed a lease at Tricera’s redevelopment of the former Palm Beach Post campus in West Palm Beach, taking 18,000 square feet, and plans to occupy an entire redeveloped Wynwood warehouse owned by Morabito Properties.

The Coral Gables opening is scheduled for the second quarter of 2023.

Because of the condo setup, the Knotel space has three different landlords, all of which were represented by CBRE’s Gordon Messinger. Clay Sidner of Newmark represented Knotel. Asking rents at the property were $47 per square foot, per Messinger.