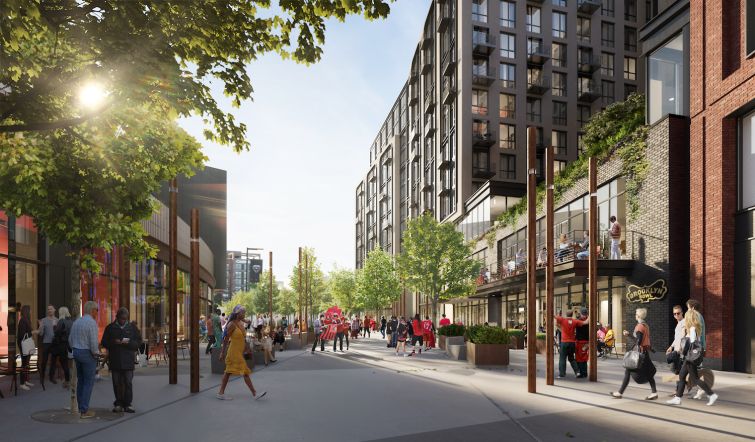 The company has inked a 38,000-square-foot lease at Audi Field, in a plot known as Parcel B, outside the Buzzard Point soccer stadium between Gate A and Gate B.

The lease marks the first entertainment concept announced for the Buzzard Point mixed-use development, a $200 million project being built by a joint venture between Hoffman & Associates and D.C. United.

“When we made the decision to invest in a stadium in Downtown Washington, D.C., we were very intentional in our efforts to acquire additional land surrounding Audi Field to further develop the southwest neighborhood of the city,” Jason Levien, co-chairman and CEO of D.C. United, said in a prepared statement.

Brooklyn Bowl D.C. will span two floors and include 14 lanes of bowling, a craft bar and a menu curated by New York City’s Blue Ribbon Restaurant Group, along with a 1,200-person capacity concert venue with live music programmed by Live Nation.

“Washington, D.C.’s dynamic live music scene and vibrant culture made the District a clear choice for where to take Brooklyn Bowl next,” Peter Shapiro, Brooklyn Bowl co-founder, said in a prepared statement.

The project is slated to break ground in 2023 with full completion set for 2026. When done, the development will include 1 acre of public space, 455 apartment residences and 49,000 square feet of retail.

In addition to a location in its home borough, Brooklyn Bowl also has venues in Las Vegas, Philadelphia and Nashville.