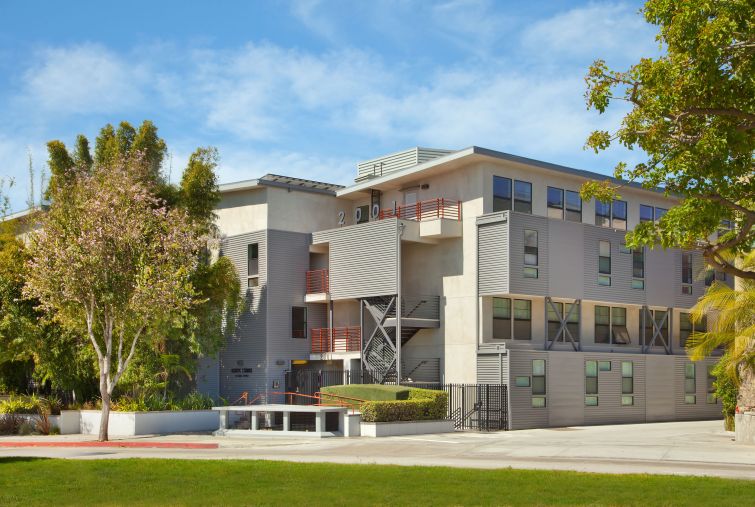 WS Communities developed the Samo Apartments between 1997 and 2009. Gortikov Capital

One of Santa Monica’s most prominent developers has secured $141.4 million to recapitalize nearly 400 apartments in the coastal city on Los Angeles’ Westside.

WS Communities developed the 11-building Samo Apartments with 399 units between 1997 and 2009. Today it is the largest portfolio of deed-restricted affordable units in the city, located downtown and in the Bergamot districts of Santa Monica. The recapitalization included a $127.6 million senior loan and a $13.8 million preferred equity investment.

Santa Monica-based Gortikov Capital announced the financing and arranged the loans on behalf of the borrower, and also provided the preferred equity.

The brokerage did not disclose the lender, but an industry source familiar with the financing said it was provided by New York-based Ready Capital, which did not immediately respond to a request for comment. A portion of the financing will be set aside in a reserve to develop new accessory dwelling units throughout the properties.