National industrial sales crossed $58B for 2022 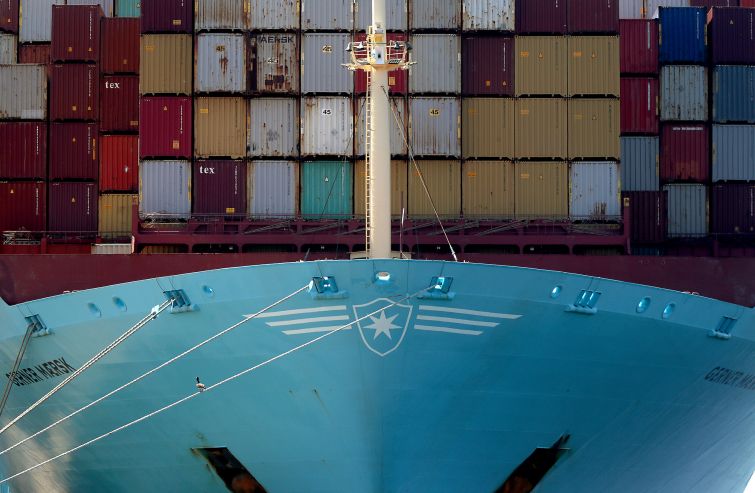 Cargo containers are stacked high aboard a ship in the Port of Los Angeles. many businesses are thinking about bringing their operations and production of goods back to the U.S., a switch called “reshoring.” Luis Sinco / Los Angeles Times via Getty Images

U.S. manufacturers have become more than familiar with the risks involved in making goods abroad, whether it’s tensions with China and the pandemic, or the war in Ukraine and threats from climate change.

But, now, it’s gotten to the point that many businesses are thinking about bringing their operations and production of goods back to the U.S., a switch called “reshoring.” The Biden administration has committed billions of dollars to increase domestic supply-chain resiliency, and the $379 billion Inflation Reduction Act incentivizes stateside production of renewable energy products.

More reshoring means more companies will need more industrial space to manufacture goods, as well as handle logistics and distribution. CommercialEdge reported on the U.S. industrial market’s performance through the first eight months of the year, and explained an expectation that reshoring will increase over this decade at a slow pace, “and be a driver of industrial real estate demand for years to come.”

“Understanding that production and supply chains are complex systems that do not change overnight, we are looking at reshoring to be another contributor to the demand in industrial real estate, particularly in lower-cost areas in the Southeast and Midwest,” CommercialEdge senior manager Peter Kolaczynski said.

The report also showed that national industrial sales volume for the year totaled $57.6 billion through August. The Los Angeles market led the way with $3.71 billion, followed by $3.4 billion in Houston; $3.38 billion in Chicago; and $3.2 billion in California’s Inland Empire.

The average U.S. rent stood at $6.64 per square foot, up 5.5 percent year-over-year, growing mostly in port markets. The largest gains were in the Inland Empire, which grew 8.8 percent compared to last August. Average rent grew 8 percent in Boston, and 7.4 percent in both Los Angeles and New Jersey.

The national vacancy rate rested at 4.1 percent. The lowest vacancy rates in the country were in the Inland Empire with 0.9 percent; Columbus, Ohio, with 1.8 percent; Nashville with 1.9 percent; and L.A. and Indianapolis each at 2 percent.

Boston claimed the highest average sale price in the Northeast, with year-to-date transactions averaging $177 per square foot by the end of August, while New Jersey averaged $168 across its 128 sales, and Philadelphia’s year-to-date deals sold at an average $114 per square foot.