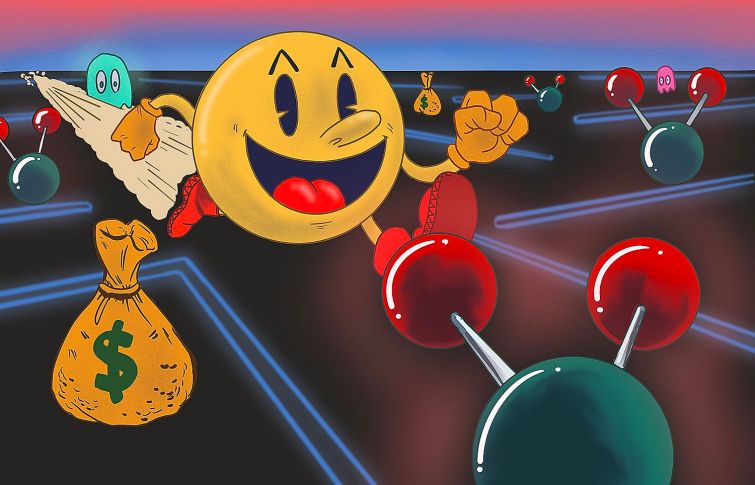 The Inflation Reduction Act (IRA) is a climate bill by another name, and a historic one at that. The legislation, passed in August and signed into law by President Joe Biden, is designed to reduce the nation’s carbon footprint by jump-starting innovation and adoption of cleaner energy sources.

In particular, the legislation is designed to reduce the nation’s carbon footprint by 40 percent of 2005 levels by 2030 — which is short of Biden’s original goal of a 50 percent reduction but still a major step forward.

The biggest chunks of the $379 billion earmarked in the new law are directed toward manufacturing  cleaner energy. Another segment is directed at consumers, in the form of tax refunds for electric cars and home retrofits. But there are also large parts aimed at real estate and construction because those industries are two of the biggest emitters of greenhouse gases.

“The building industry accounts for 39 percent of all CO2 emissions,” said Diane Hoskins, co-CEO of architecture firm Gensler. “This [law] has some very specific measures that are going to be tremendous levers that we need to address this 39 percent.”

The law incentivizes a range of building retrofits that will lower the emissions of existing buildings, while also seeking to galvanize innovation and implementation of low-carbon building materials, greater use of renewable energy, and more sustainable design methods. The hope is that these new technologies will address the three ways in which buildings produce emissions: gas, energy consumption, and embodied carbon within building materials.

What follows is a non-comprehensive list of what commercial real estate owners and investors should look out for via the IRA:

The law sets aside $2.15 billion for the Federal Building Fund, providing the General Services Administration with the capital to acquire and install low-carbon building material and products.

The GSA is the nation’s largest landlord, the owner of hundreds of millions of square feet of space, and it already abides by energy-
efficiency requirements — so not only will a move to low-carbon materials at this scale be meaningful, it is also bound to make waves, said Hoskins.

“This is a huge statement for two reasons,” she said. “One, we usually see states mirroring and emulating what the federal government does from a building standpoint. It will have a domino effect in state and local government buildings.”

Second, the federal government is also one of the nation’s largest tenants, so its standards tend to affect its landlords, and other developers seeking to snag a federal tenant.

“It’s a signal to the entire market that this is coming,” Hoskins said. “There’s no turning back.”

The IRA contains two major tax incentives for commercial landlords who reduce the energy usage in their buildings, which can apply to both new builds and retrofits. Both incentives, called 179D (a tax deduction) and 45L (a tax credit), are existing programs that were initially supposed to expire in 2021. The law extends these programs for at least 10 years, increases the dollar amount an owner can earn, and, in some cases, lowers the standards at which one can start earning benefits.

“The IRA gave much more certainty as to what those numbers are and how long it’ll last,” said Jeff Hendler, CEO of Logical Buildings, a smart building startup.

The 179D incentive provides owners with a dollar amount per square foot if their commercial or residential buildings meet a certain efficiency standard. Owners can earn up to $5 per square foot of a new construction or retrofitted building, depending on its energy efficiency relative to the most recent ASHRAE scale — a benchmark validated by the American Society of Heating, Refrigerating and Air-Conditioning Engineers that is updated every few years and varies by building type.

The 179D deduction is a laddered benefit, beginning with $2.50 per square foot for a building with a 25 percent reduction in energy usage relative to the ASHRAE standard. Every percentage point thereafter adds 10 cents until the maximum of $5 for 50 percent or more. A big caveat is that these numbers apply only to those owners who pay workers a prevailing wage. Those who don’t can get a maximum of only $1 per square foot.

To be clear, while Biden has signed the bill into law, the IRS still needs to publish an exact list of guidelines for each of these deductions. Many details are still unclear, including whether the prevailing-wage requirement applies to the entire construction process, or to only the portion that’s relevant to energy efficiency, cautioned David Diaz, a partner at Walker Reid Capital, which specializes in these incentives.

The good news is that it is extremely likely that buildings can qualify for this credit, whether through appliance changes, new HVAC systems, heat pumps, or building envelope upgrades that help improve insulation. The less good news is that, to qualify, owners need a third party to certify the change in energy efficiency, which adds to the administrative burden.

Another advantage is that since the benefits are calculated per square foot, the amount of investment is irrelevant to the amount earned.

“It doesn’t have to do with how much you spend; it’s how much space does the improvement impact,” said Jameson Hartman, vice president of investment at RET Ventures, a venture capital fund focused on building technology. “If you spend $1, you can get the full tax credit or deduction.” (Actually, there does have to be a capital event to trigger the option to apply for the 179D deduction, so $1 wouldn’t quite cut it, but the idea stands.)

Two more important points about 179D: Government agencies and nonprofits can roll the benefits over to the designer of the building, since they can’t necessarily benefit from it directly given their tax structure. “It can be any level of government: schools, any governmental entity, new construction or retrofit,” said Diaz. “It incentivizes the designer to build more sustainably.”

Second, owners can earn 179D benefits every three to four years, as long as a new capital event has led to additional reductions in the building’s carbon footprint.

Up until now, owners could earn only up to $1.88 per square foot of a newly constructed or retrofitted building, if its energy usage was 50 percent below the ASHRAE standard of 2007. While the benefits are less, Diaz recommends certifying buildings that meet the 2007 standard by the end of this year to qualify under those less stringent requirements.

The 45L tax credit is directed at multifamily landlords, who can earn up to $5,000 per unit (single-family home or apartment) if they meet the criteria. The original 45L credit was available to landlords who met the Energy Star benchmark — topping out at $2,000 per unit — and expired in 2021. The IRA extends that particular benefit through 2022.

The law provides $350 million for the standardization of the metrics used to determine whether a building material or product is environmentally friendly. The money will be used to standardize the Environmental Product Declaration (EPD) rating system, so companies can ascertain how different materials compare in terms of their carbon reduction — similar to the calorie labeling that the Food and Drug Administration requires of food products.

“This is massive,” Hoskins said. “It’s a major straw that’s going to move a whole industry of innovation forward. Because transparency in this case is going to be the mother of invention.”

Like the federal building directive, this is a leveraged move designed to push the building industry forward. Because while innovation in lower-carbon building materials has progressed in the last decade, there continues to be a lag in adoption, and only through wide implementation will more sustainable materials become the more affordable option.

“I think [the IRA] will help with implementation,” RET’s Hartman said. “A lot of people are hesitant to risk new technologies if the upfront costs are high.”

RET, which invests primarily in technology for residential buildings, was already investing in companies that offer sustainable solutions for landlords. The firm recently invested in a smart HVAC company that can help reduce energy bills significantly, because of its fundamentals. “Now there’s a better ROI to deploy this solution because of the IRA, but we generally look at potential solutions that have a payback,” Hartman said.

So the technologies exist, but it’s a question of whether it makes sense for the bottom line.

Logical Buildings is another startup that allows landlords to better manage their energy usage through smart meters and real-time data about occupancy. Part of its mission is to help decentralize the grid so that peak times are less reliant on carbon-intensive power plants, which are deployed as backups to meet demand. With a decentralized grid, buildings can profit both by hosting batteries or solar panels that can add energy to the grid, as well as through regulating usage at peak hours.

California displayed a perfect example of that during its historic heat wave earlier this summer. At 5:30 p.m. on one of the hottest days in recent history, California’s grid operator sent out a notice that blackouts were imminent. About 20 minutes later, residents in particular counties received a text message from the state’s Office of Emergency Services, asking them to limit their nonessential energy usage “if health allows” until 9 p.m. that evening.

It is believed that the text helped avert the collapse of the grid, saving many Californians from being without any air conditioning or refrigeration at all during a heat wave.

This incident demonstrated that the deployment of existing technologies in energy and construction, and the exploration of new ones, can not only save the planet, but they can make our infrastructure more resilient to damage, reduce costs, and — with the lubrication supplied by federal funds — turn a profit.

For Gensler, the legislation only solidified an existing commitment to net zero construction The company committed to having all their designs be net zero by 2030.

“We’re drawing a line and saying certain kinds of materials and systems won’t be specified,” Hoskins said, which is bound to ripple across the industry. “We’re all in an ecosystem.”