Nonprofit Breaking Ground Renews for a Year at 520 Eighth Avenue 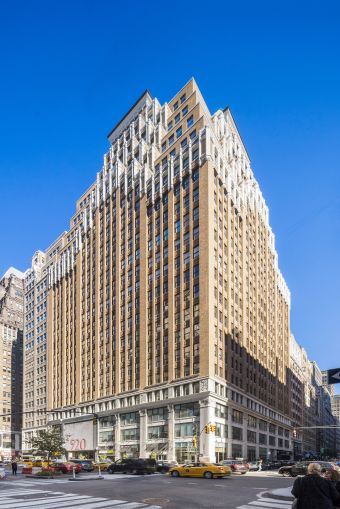 Homeless services provider Breaking Ground is staying put at 520 Eighth Avenue, but only for a year.

Breaking Ground signed a one-year renewal for its 13,703-square-foot space at the 26-story Garment District building between West 35th and West 36th streets, according to landlord GFP Real Estate.

It’s unclear when Breaking Ground originally took the space or why it is extending for only a short time. The nonprofit is one of the many go-to contractors for the New York City Department of Homeless Services, mainly conducting outreach to unhoused individuals.

GFP declined further comment and did not disclose the asking rent.

“520 Eighth Ave. has become a popular home for nonprofits, entertainment-related companies and professional services firms that love the proximity to public transportation, great restaurants and shopping,” Matthew Mandell of GFP said in a statement.  “We are pleased to have been able to accommodate Breaking Ground’s renewal and support the important work the organization does for the city.”

Marc Shapses of Savills negotiated on behalf of the tenant while Mandell represented the landlord in-house. Savills declined to comment.

Other tenants in the building include the Jewish Community Relations Council of New York, IncludeNYC, the ASPCA and Selfhelp. It’s also a haven for theater groups such as Alliance of Resident Theatres/New York and related organizations such as Ripley-Grier Studios.