Deutsche Bank and Aareal were the sellers of the debt. 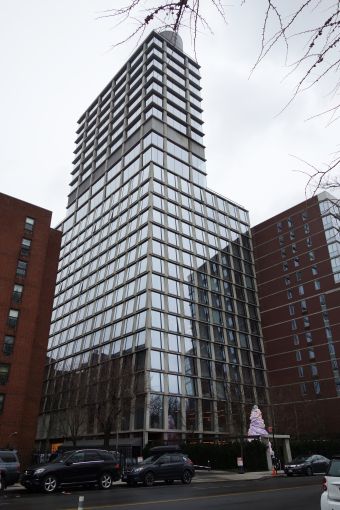 Eastdil Secured advised Deutsche Bank and Aareal in the note sale, which closed in late September and allows the two lenders to fully recoup their principal balance and the majority of the accrued default interest, sources said.

The 28-story, 254,700-square-foot asset — at 215 Chrystie Street, between East Houston and Stanton streets on the Lower East Side — was opened by hospitality legend Schrager and Witkoff in 2017. It comprises 367 guest rooms in a boutique hotel plus 11 luxury condominium residences at the top of the building.

As the very early days of the coronavirus pandemic battered New York City, Shrager temporarily shuttered the hotel on Mar. 23, 2020, reopening it in July 2021.

In July, The Real Deal reported the senior debt was being marketed following  a maturity default. That default followed the marketing of the  property’s $60 million mezzanine loan in September 2020, originally held by Korean lender Shinhan Investment Corporation. Whether the mezzanine loan eventually traded hands isn’t clear.

In November 2021, Madison Realty Capital and Newbond Holdings announced they were joining forces in a new partnership, Madison Newbond, aimed at originating and purchasing hospitality loans across the U.S.

Cathy Cunningham can be reached at ccunningham@commercial.com.