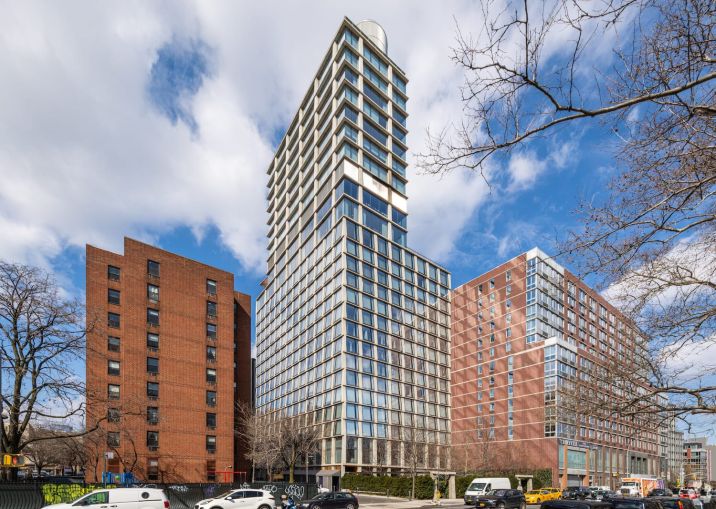 The $60 mezzanine loan on the PUBLIC hotel in the Lower East Side is up for sale, Commercial Observer has learned.

Korean lender Shinhan Investment Corp. currently holds the mezz debt on the asset, which is owned by hospitality legend Ian Schrager and Witkoff. Deutsche Bank is the senior lender in the deal.

The 28-story, 254,700-square-foot asset, between East Houston Street and Stanton Street, comprises 367 guest rooms in a boutique hotel plus 11 luxury condominium residences at the top of the building. Hotel amenities include a rooftop bar with views of Downtown Manhattan, food and beverage options and a theater.

The property opened in June 2017 and was designed by Herzog & de Meuron.

In March, Shrager — the hotel maven behind Studio 54 and the Gramercy Hotel — announced he was shuttering the hotel due to the coronavirus outbreak, as reported by CO at the time.

“It is with a heavy heart that I have finally decided to temporarily close PUBLIC on Monday, March 23rd,” Schrager wrote in a message to the hotel’s mailing list at the time. “Of course, we will reopen as soon as it is safe to do so.”

As of now, the hotel remains closed.

The property’s condominium component hit the news in July when it was put up for sale with a whopping $32 million price tag, as reported by the New York Post. The residence was previously purchased for $16 million in 2017, includes four bedrooms and comprises 4,236 square feet.