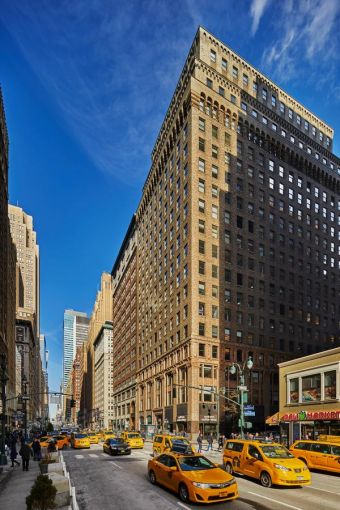 The Jewish Board of Family and Children’s Services is trading the Theater District for the Garment District.

The organization, which provides mental health care and housing to New Yorkers, relocated this month from 135 West 50th Street to 12,230 square feet on part of the 18th floor of the Arsenal Company’s 463 Seventh Avenue, Commercial Observer has learned.

Asking rent was $49 per square foot in the 12-year deal, according to Adams & Co.’s David Levy, who brokered the transaction for the landlord.

The Jewish Board nabbed its new offices thanks to a sublease with another social services organization, Services for the UnderServed (SUS), which shrunk its space from about 32,000 square feet to roughly 20,000 square feet at the building between West 35th and West 36th streets, according to Cushman & Wakefield’s David Lebenstein, who represented SUS in the deal with Debra Wollens. And SUS’ old offices were a perfect fit, added Levy.

“It was just simple,” Levy said. “[The space] was set up for another nonprofit and ready to go. It was easy, the right size, and the building was beautiful.”

The Jewish Board joined the 22-story property’s fashion-forward tenants, including swimwear manufacturer InMocean, women’s clothing designer By Design, Adjmi Apparel Group and NewYork-Presbyterian Hospital. The new tenant did not use a broker in the deal, according to Levy.