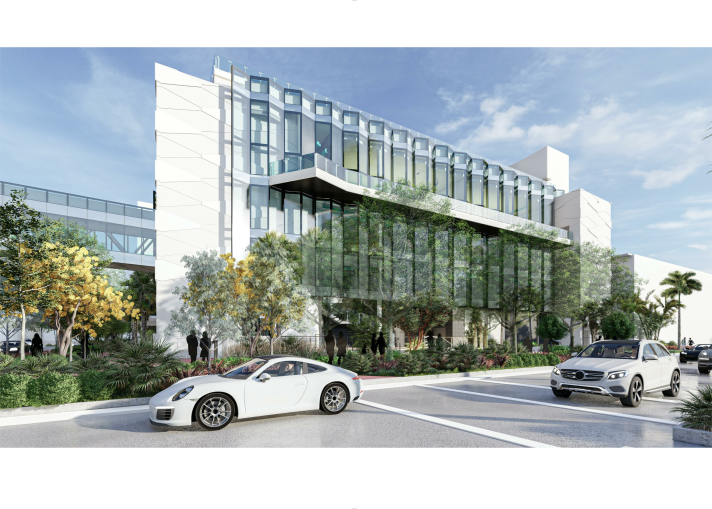 The new center will be adjacent to the oceanfront hotel and connected by a skybridge on a vacant 1-acre lot at 4360 Collins Avenue, just south of Fontainebleau’s condo component. It will include two dividable ballrooms, 10 breakout rooms and a 9,000-square-foot rooftop deck, according to Fontainebleau Development.

With construction already underway, the event venue is scheduled to open in the first quarter of 2025. A spokesperson for the developer declined to comment on the project’s financing.

“As we witnessed the influx of people and companies moving to Miami over the last three years, there was a clear opportunity to build on the long legacy of Fontainebleau Miami Beach as a leading destination for elite travelers and create an epicenter of experiences and events in South Florida,” Brett Mufson, president of Fontainebleau Development, said in a statement.

Throngs of Northerners, including billionaires such as Citadel’s Ken Griffin and Orlando Bravo’s Toma Bravo, have relocated to Miami over the past two years, opening offices for their companies.

Beyond the Magic City, Fontainebleau Development is also expanding to Las Vegas — marking its return to the city since the 2008 recession. Last year, the developer bought back a stake in a 67-story casino on which it had declared bankruptcy in 2009.

Correction: The Fontainebleau resort holds 1504 rooms, not 846 as originally reported.