The Hospital for Special Surgery has already signed a 32-year lease for 196,000 square feet at the property. 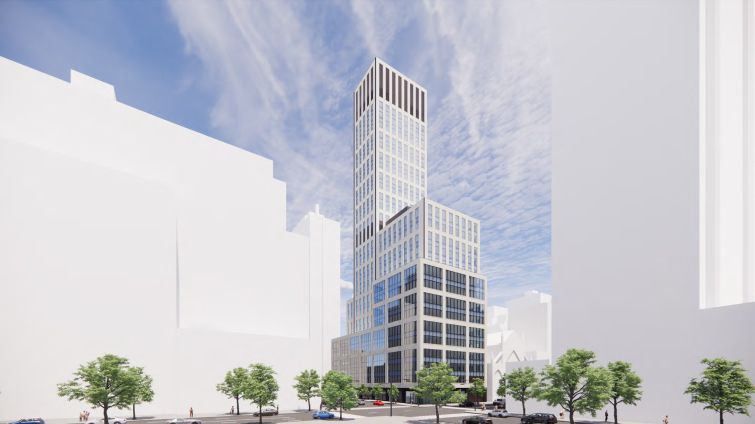 Extell Development has landed $425 million of construction financing to build a medical office building on Manhattan’s Upper East Side that is partially preleased to the Hospital for Special Surgery (HSS), Commercial Observer can first report.

A consortium led by InterVest Capital Partners — formerly Wafra Capital Partners — and Rexmark, together with Pacific Western Bank and Harbor Group International provided the financing, which will facilitate the ground-up construction of the planned 30-story facility on the vacant lot at 1520 First Avenue.

PacWest was the senior lender in the deal, with Rexmark, InterVest and HGI filling the senior and junior mezz positions. The three-year loan — which features two, one-year extension options — was negotiated in a direct deal.

“Extell has a long-term track record of developing high-quality assets in New York City and was able to secure an anchor tenant in HSS to make this transaction possible,” Robert Rothschild, vice president of InterVest, said in a statement.

“Across the country – especially cities with a high concentration of residents – there’s an increasing need for world-class medical space,” Richard Litton, President of HGI, said. “To support this demand, we are pleased to finance the development of a specialized office space designed to accommodate the unique needs of medical tenants and their patients.”

While Extell isn’t expected to deliver the 420,000-square-foot medical tower until 2025, HSS — an orthopedics and musculoskeletal health hospital — has already signed a 32-year lease for 196,000 square feet on the building’s bottom eight floors.

Extell announced in October 2021 that it would be building the first prime, Class A medical office building on the Upper East Side lot also known as 403 East 79th Street, drawing on its experience from its vast residential and commercial portfolio to develop the company’s very first medical office and research building.

The tower is being built on a full block site — located on the east side of First Avenue from East 79th to East 80th streets — assembled by Extell over the course of a decade. When completed, it will house physicians’ offices and other services for HSS. The new space will be double the size of HSS’s special surgery facility, the HSS Kellen Tower, which is attached to its main campus between East 71st and East 75th streets.

The property sits in a prime location in the heart of the Upper East Side’s medical office corridor — which has seen a burst of development and leasing activity by Memorial Sloan Kettering and Northwell Health in the last quarter alone — and with its new construction loan, it’s officially off to the races.