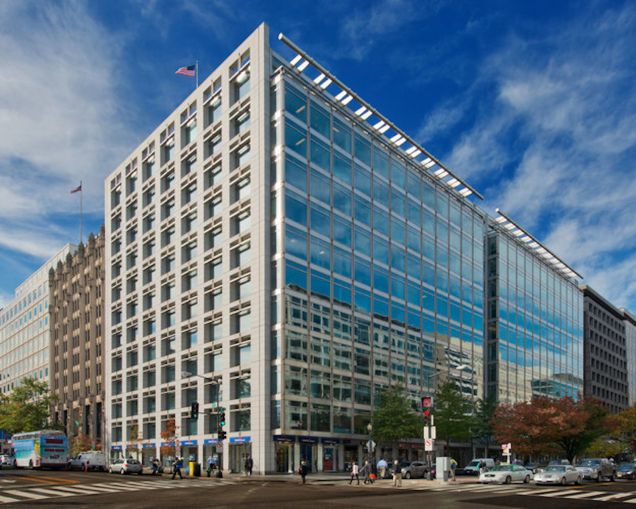 Savills noted that while this could be attributed to a typical seasonal drop in deal volume, macroeconomic issues such as a potential recession, geopolitical concerns and the increased use of hybrid workplace strategies have all combined to create uncertainty.

Tammy Shoham, research director for JLL, noted that there’s a big distinction between older and newer buildings. Properties developed since 2015 saw a gain of 144,000 square feet during the third quarter, driven primarily by relocations into newly developed Class A space.

Plus, tenants who signed in Q3 reduced their leased footprint on average by 23.6 percent, according to JLL.

Asking rental rates remained relatively stable during the third quarter, according to Colliers, dipping by 10 cents to end the quarter at $55.41 per square foot. Still, concession packages remained near record levels, the firm’s report said.

The lone office building delivered in Q3 was the 111,455-square-foot 3950 Wisconsin Avenue NW — part of Roadside Development’s City Ridge project, according to CBRE. International Baccalaureate has preleased the entire building and will relocate from suburban Maryland to occupy the space, though it is listing half of the space on the sublease market.