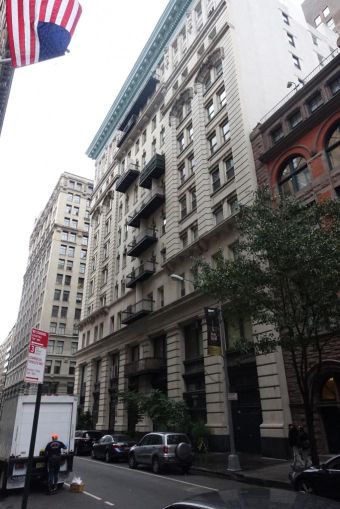 Warby Parker has set its sights on Union Square for its eighth Manhattan outpost, Commercial Observer has learned.

The eyewear maker inked a 10-year deal for 2,500 square feet on part of the ground floor of 73 Fifth Avenue, according to landlord broker Judson CRE. Asking rent was $350 per square foot.

Warby Parker will replace denim retailer Seven For All Mankind at the base of the 11-story building between East 16th and East 15th streets and join The School of Images and Table of Contents when it opens before the end of the year, according to Judson CRE.

The spectacles purveyor got its start selling low-cost prescription eyeglasses online in 2010, but bet big on brick-and-mortar in recent years by opening more than 170 outposts across the country. Warby Parker recently renewed its first ever store at 121 Greene Street.

However, the deal for its latest outpost comes amid slowing demand for its product and fewer visits to its brick-and-mortar locations, forcing Warby Parker to cut its sales outlook for the year and lay off 63 workers, CNBC reported.

Still, Judson CRE’s Nicholas Judson, who represented landlord 73 Fifth Avenue LLC with colleague Wendy McDonald, said Warby Parker was “a natural fit” for the neighborhood since it boasts other big name brands such as Nike, New Balance, Lululemon and Coach.

Lantern Real Estate’s Matthew Siegel and Rachel Edmunds handled the deal for Warby Parker. Seigel and Edmunds did not immediately respond to a request for comment.