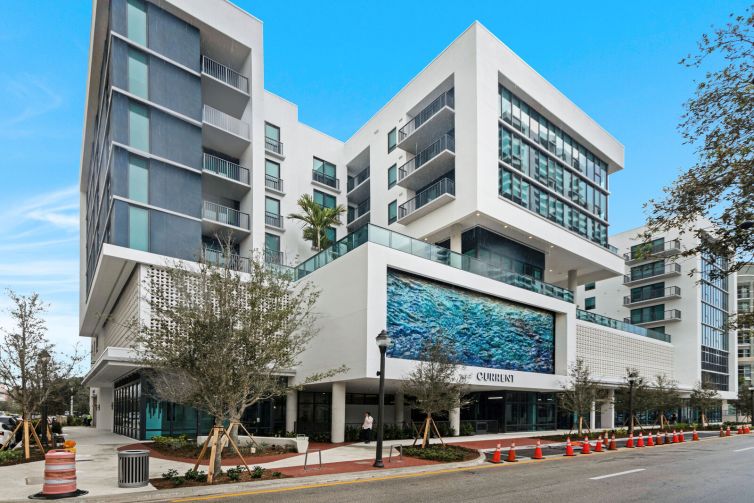 An AKA hotel residences is scheduled to open in West Palm Beach, Fla., this fall has picked up wine bar The Blind Monk as a tenant.

The Blind Monk signed a 10-year lease for 2,209 square feet at the 215-unit AKA West Palm, a hotel/residence located at 695 South Olive Avenue, along with a 1,197-square-foot patio. The wine bar will relocate within West Palm Beach from its current location at The Whitney condominium at 410 Evernia Street.

Asking rent for the hotel’s 6,332 square feet of retail begins at $40 per square foot triple net.

The hotel is owned by Electra America Hospitality Group and Korman Communities — owner of the AKA brand — which bought the property for $84 million earlier this year, with plans to recast the rental property as a short-term stay hotel, where guests may spend weeks or months.

The previous owner, Transwestern Development Company, had designed the units at the eight-story building as micro-rentals, with a high proportion of studio apartments. Called Current Apartments, the project was set to open in March 2022 and had been pre-leasing well, with the smallest units going for $1,600 a month at the time of the sale, Transwestern’s Joshua Haywood told the Palm Beach Post.

Then Korman and Electra America made them an offer. The two companies often work together, and are also partners on a noted Miami hotel that is now known as the Hotel AKA Brickell.

Native Realty CEO Jaime Sturgis, along with Kaley Tuning and Spencer Scalzitti, managed the deal on behalf of the owners.

AKA West Palm is now scheduled to open in December.