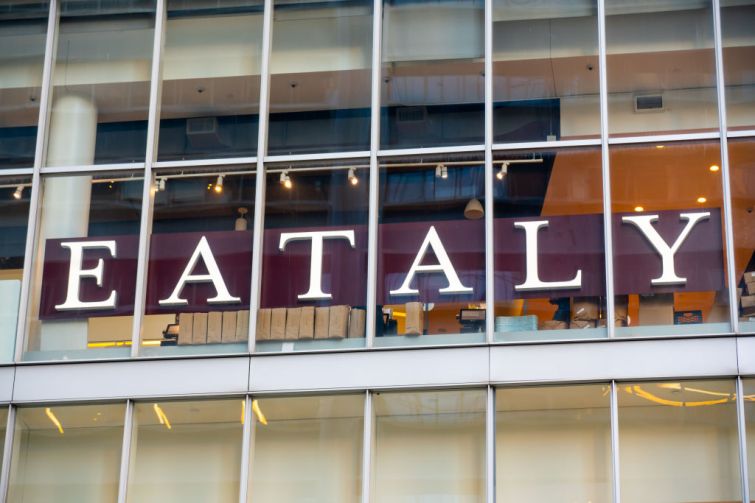 A private equity firm will buy a majority stake in Italian food hall chain Eataly with plans to continue to grow the brand overseas after the company saw huge drops in sales during the pandemic, the companies announced Wednesday.

Investindustrial — which has stakes in brands including fashion house Ermenegildo Zegna and Italian food producer La Doria — dropped nearly $200 million for a 52 percent stake in Eataly. The high-end food retailer plans to use the cash to retire debts and open new flagship stores in North America, Europe, the Middle East and Asia, according to a release. Eataly also plans to launch smaller outposts around the U.S.

“The agreement we signed launches a strategic partnership that propels Eataly into a new phase of its history, by accelerating its international growth,” Nicola Farinetti, the CEO of Eataly, said in a statement. “This partnership will allow us to strengthen our unique format worldwide, promote innovative projects related to innovation and enhance our capabilities.”

As part of the deal, Farinetti — the son of Eataly founder Oscar Farinetti — will become chairman of Eataly. The company plans to name a new CEO “with the mission of leading the company into its next phase of growth on a global scale,” according to the release.

The Italian-based Eataly operates 44 locations around the world that mix markets, food halls and some sit-down restaurants. It made its United States debut with a massive 50,000-square-foot Flatiron District outpost in 2010.

Oscar Farinetti founded Eataly in 2003 with a single shop in Torino, Italy, and soon expanded across the globe. The Farinetti family later brought the Baffigo/Miroglio family and Tamburi Investment Partners into the business, who will all now own the remaining 48 percent of the company.

Eataly was also known for its association with celebrity chef Mario Batali, who partnered with the brand to bring it to America and stayed on until he was accused by several former staffers of sexual misconduct in 2017.

While Eataly quickly took his products off its shelves and said Batali pulled back from direct involvement with the company, he sold his minority shares back to Eataly only in 2019.

Eataly took a massive hit during the pandemic with its sales dropping 30 percent from 2019 to 2020, leading to the closure of its Bari and Forlì outposts in Italy.

But it was able to open its 42,000-square–foot London outpost in 2021 after four years of planning and said it expects to have nearly $600 million in gross sales by the end of the year.