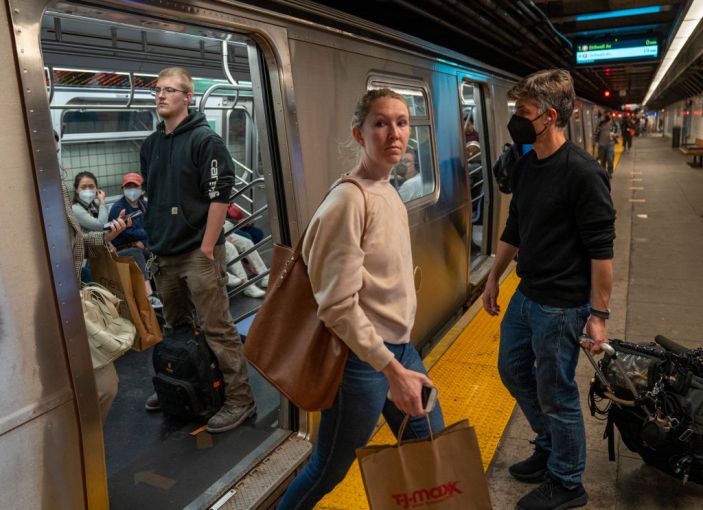 Jobs numbers continue to remain strong in New York City and nationwide, though they are lower than payroll numbers in the spring and summer. Photo: Robert Nickelsberg/Getty Images

U.S. employers added 315,000 jobs in August, down slightly from July, but the nation’s labor market remains tight, according to data released Friday by the U.S. Department of Labor. The unemployment rate also rose by 0.2 percentage points to 3.7 percent, a small increase from what economists predicted for last month.

The number of unemployed people increased by 344,000 to 6 million, according to the report. The unemployment rate and payroll numbers have now generally returned to their pre-pandemic levels, yet the jobs numbers are trending downward compared to the spring and earlier summer months — 526,000 jobs were added in July alone.

The labor force participation rate rose 0.3 percentage points to 62.4 percent, but remained 1 percent below its February 2020 level, the report found. The number of long-term unemployed remained unchanged at 1.1 million in August.

Jobless claims also fell last week to their lowest level — 232,000 — in two months, according to the Wall Street Journal. That meant more people either found work or stayed employed than earlier in the summer.

The professional and business services, retail trade and health care sectors all added significant numbers of jobs, and 22,000 manufacturing jobs were added, exceeding expectations and bolstering hopeful projections about construction material supply chains. Those trends track with the strong employment numbers in the New York City metropolitan area in July.

Despite the job gains, several major retail and corporate employers plan to slash jobs in the next few months, including Bed Bath & Beyond, Wayfair and T-Mobile.

Office landlords will be thrilled to know that the number of people teleworking also declined last month, from 7.1 percent in July to 6.5 percent in August, the Department of Labor found.