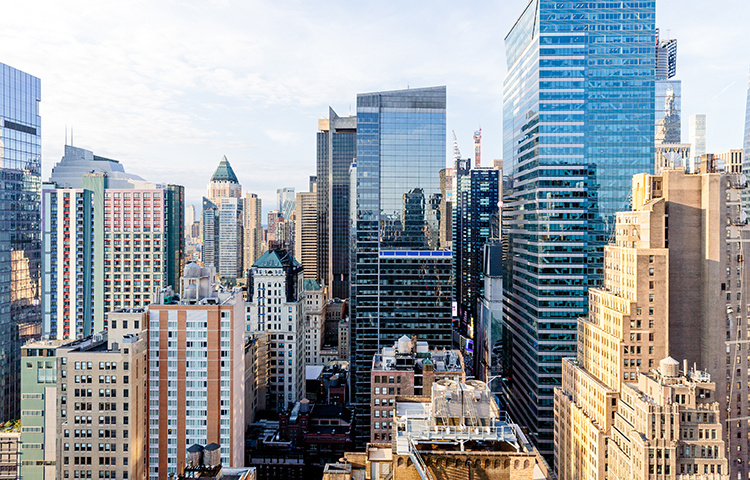 New York City's job gains outpaced the nation's this month, in a moment of consistent job growth for the tristate area. Getty Images

The pandemic dealt a significant blow to New York City’s robust job market, but it seems to finally be coming back — and at a stronger rate than the national average.

Newly released Bureau of Labor Statistics (BLS) data for July shows that the job growth rate in the tristate area was 5.3 percent, compared to a 4 percent nationwide. The tri-state area gained 497,500 jobs over the past year, the largest increase in any major city, with the largest increases coming from the hospitality and professional services sectors.

Of the four main geographic areas that BLS tracks, New York-Jersey City-White Plains had the biggest employment gains with 392,600 jobs, making up 72 percent of the tri-state area’s employment. Nassau and Suffolk Counties—which are counted together—and Newark and a slice of Pennsylvania—account for 26 percent of the metro area’s job market and added 33,100 and 67,200 jobs respectively. New York’s Dutchess and Putnam Counties, accounting for 1 percent of the job market, reported 142,300 jobs.

Year-over-year job growth in the tri-state area was much greater in the summer of 2021, when the city was climbing out of a negative job growth spiral created by the pandemic. However, job gains have remained relatively steady over the past several months, hovering around 500,000 jobs added on a year-over-year basis.