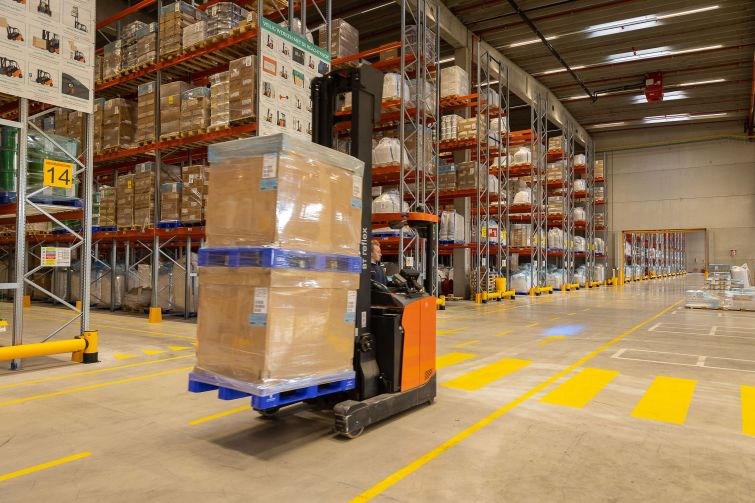 Rexford added another group of industrial properties over the past 10 weeks for a combined $338.9 million. Each asset is in Los Angeles County. BELGA MAG/AFP via Getty Images

Rapidly rising Rexford Industrial Realty has crossed the $2 billion mark for acquisitions in 2022 with more than a quarter of the year yet to go, adding to a long-running buying spree exclusively made up of Southern California real estate.

The Los Angeles-based investment trust announced last week that it added another group of industrial properties over the past 10 weeks for a combined $338.9 million. Each asset is in Los Angeles County, and most are in the South Bay. The company’s leaders said the firm also has more than $200 million of additional investments under contract or accepted offer.

“[Rexford] is favorably positioned with a low-leverage balance sheet to deliver long-term value creation for our shareholders through the execution of our internal and external growth strategies,” co-CEOs Howard Schwimmer and Michael Frankel said in a statement.

The most expensive of the seven deals was a sale leaseback in Wilmington near Long Beach and the two ports. Rexford agreed to pay $100 million for a 148,186-square-foot property on 8.5 acres at 920 East Pacific Coast Highway. According to CBRE, the vacancy rate in the 220-million-square-foot South Bay submarket was 0.9 percent at the end of the second quarter.

Rexford also bought two smaller properties, each roughly five miles away from the Wilmington property. That includes $24.2 million for the 51,185-square-foot, single-tenant Class A building at 21022 – 21034 South Figueroa Street in Carson; and $20 million for the fully occupied property at 3901 Via Oro in Long Beach. When the lease at the Long Beach property ends, Rexford plans to redevelop the site with a 74,000-square-foot Class-A industrial building.

The second-biggest price tag wasn’t far behind the first. Rexford agreed to pay $91.5 million, or $501 per square foot, for two fully occupied Class A buildings with a combined 182,782 square feet on 10.1 acres. The two buildings are at 6000-6052 and 6027-6029 Bandini Boulevard in Commerce, southeast of Downtown L.A. Rexford estimates the existing lease is 35 percent below market rates, and when it expires the company plans to renew or re-lease. According to CBRE, the vacancy rate in the 271-million-square-foot “central submarket” east of South Bay was 0.8 percent at the end of the second quarter.

In the City of Industry, Rexford acquired a three-building portfolio with 113,733 square feet of Class A space for $42.5 million, or $374 per square foot. The three buildings are fully occupied, and Rexford estimates the current lease is 50 percent below current market rates. According to CBRE, the vacancy rate in the 160 million-square-foot San Gabriel Valley submarket was 0.5 percent at the end of the second quarter.

Finally, two acquisitions were in South Bay’s Rancho Dominguez neighborhood. The larger of the two — at 2880 East Ana Street — traded for $34.6 million. When the current lease ends, Rexford will redevelop the 3.7-acre site into an outdoor storage yard. And, at 17909 and 17929 South Susana Road, Rexford bought a 57,376-square-foot development for $26.1 million. The two-building property is on 2.5 acres, and Rexford estimates its current rent is 45 percent below market rates. After a “short-term” leaseback, Rexford plans to redevelop the site with a new logistics facility.