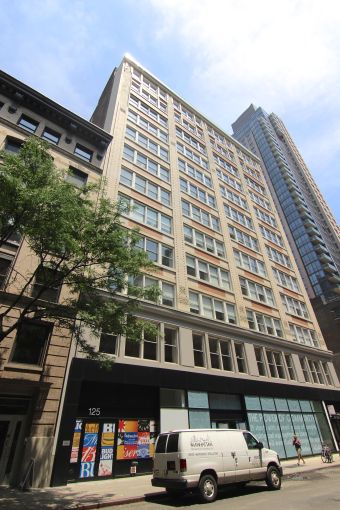 Knot Standard is keeping its ties with its New York City flagship location in the Flatiron District.

The menswear retailer inked a deal to keep its 5,418-square-foot store on the entire second floor of 19 West 24th Street, according to landlord the Kaufman Organization. A representative for Kaufman declined to disclose the length of the lease but said the asking rent was $70 per square foot.

After starting out as an e-commerce business hocking custom suits, blazers and pants in 2012, Knot Standard opened up its appointment-only showroom and offices at the building between Broadway and Avenue of the Americas in 2016, according to Kaufman.

“For Knot Standard, this location offered the ideal space for both general offices and showroom space,” Kaufman’s Michael Heaner, who brokered the lease in-house with Grant Greenspan, said in a statement. “[The] lobby artwork and mix of tenant types has created a welcoming and innovative office space for e-commerce companies.”

Other tenants in the 12-story building include European wine importer and distributor Wilson Daniels Wholesale and the cyber insurance provider At-Bay.