Electra America-Led JV to Spend $1B for Southland Mall Makeover 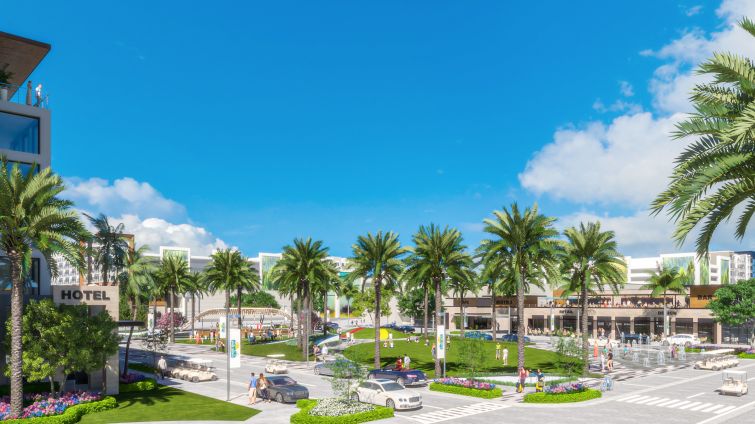 A joint venture led by Electra America plans to spend $1 billion to revamp the ailing Southland Mall in Cutler Bay, Fla., into a sprawling mixed-use complex, the partners announced.

The ownership team, which also includes multifamily operator American Landmark and Miami-based developer BH Group, envisions transforming the indoor mall, which sits on 80 acres, into a “city within a city” dubbed the Southplace City Center.

The redevelopment plan includes the addition of 4,395 market-rate apartments, a 150-room hotel and 60,000 square feet of medical office space, as well as a renovation of the existing 808,766-square-foot shopping mall. Walking trails, bike lanes and golf cart trails will line the master-planned development.

“The site is ready for change and this project will check so many boxes on our community’s wish list — thousands of jobs, more restaurants, entertainment and a fresh look, to name a few,” Cutler Bay Mayor Tim Meerbott said in a statement.

In May, Electra America and BH paid $100.3 million for the property after it sat in foreclosure for over a year and a half. For the redevelopment project, the developers will not seek additional approvals since they say the plan is in accordance with the Cutler Bay’s town code.

The joint venture is scheduled to break ground on the first residential building in mid-2023 with the delivery expected 18 months later. The overall redevelopment is expected to take seven years to complete.

The owners have yet to secure financing for the redevelopment, said a spokesperson for the joint venture.

The property, at 20505 South Dixie Highway, sits just south of the Ronald Reagan Turnpike toward the southern end of Miami-Dade County.