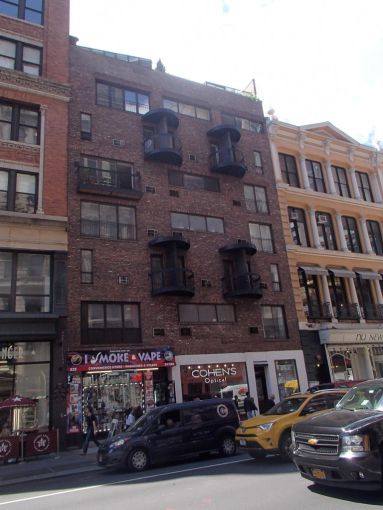 The eyeglasses chain sued landlord Ascot Properties on Friday alleging that it failed to fix the waste lines at Cohen’s 825 Broadway location, leading to a smell “so insufferable” that the tenant has been unable to draw shoppers into the space, Crain’s New York Business first reported.

Cohen Optical wants at least $2 million from Ascot to cover part of the chain’s rent and lost profits, according to the suit.

“Systematic issues have resulted in noxious fumes and unbearable raw sewage smells to permeate the premises,” according to the filing. “[The landlord] has seriously injured the goodwill tenant enjoyed with its customers and potential clientele.”

Cohen Optical claimed the store smells so pungent that it is “unable to operate” its outpost — one of its more than 50 spaces across the city — but the Broadway location was open as of Monday, according to the company’s website.

Attorneys for Cohen Optical, Ascot and its attorneys did not immediately respond to requests for comment.

The eyewear chain first leased the space between East 12th and East 13th streets in 2015 and claims it repeatedly asked its landlord to address the stench. Cohen Optical also complained of scaffolding covering its outpost for “many months,” blocking customers from entering the store and Cohen Optical to lose profits.

Cohen Optical’s lawsuit isn’t the first time the retailer and Ascot took to the courts to duke out a dispute over the Broadway outpost. Ascot, which owns a handful of commercial condominiums in New York City, sued Cohen Optical for $25,000 in unpaid rent at the location in May. The case is ongoing and Cohen Optical has denied it owes any money, according to court records.