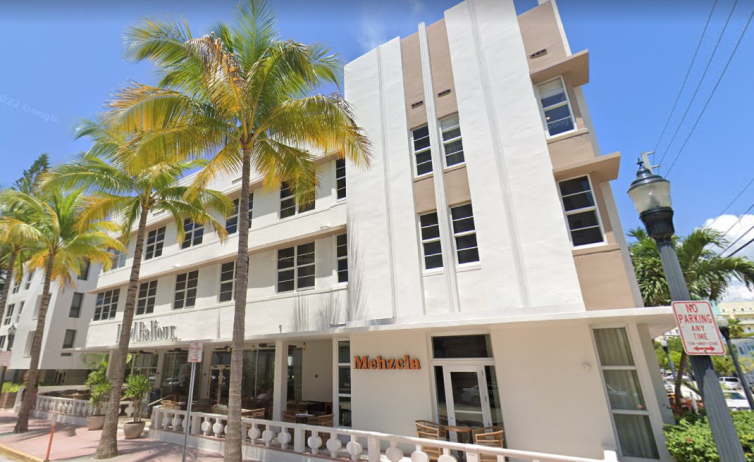 Ahead of Florida’s peak winter tourist season, a trio of historic, boutique Miami Beach hotels traded hands during the past week for a combined $100 million, property records show.

In the most recent sale that closed last week, Boca Raton-based investor Opterra Capital paid $28 million for a Hilton Garden Inn-branded hotel in the Mid Beach neighborhood, located along a strip of resorts at 2940 Collins Avenue.

In the largest transaction, Catalyst Capital Group, a Canadian private equity firm, bought The Balfour Hotel for $39 million with a $20 million loan from Madison Newbond, the l lending platform of Madison Realty Capital and Newbond Holdings.

Built in 1940, the Balfour consists of two buildings along Ocean Drive in Miami Beach’s upscale South of Fifth neighborhood. The 81-room property underwent a $4 million renovation, reopening in 2021, according to Lodging Magazine.

More than 24,000 tourists came to Miami-Dade County in 2021, about the same as pre-pandemic levels in 2019, according to data from the county’s tourism board. The number of Miami hotel rooms booked this summer was more or less on par with the busy winter months.

Update: The article was amended to include of the involvement of Brigitte Lina, Olivier Hannoun, and Madison Newbond.