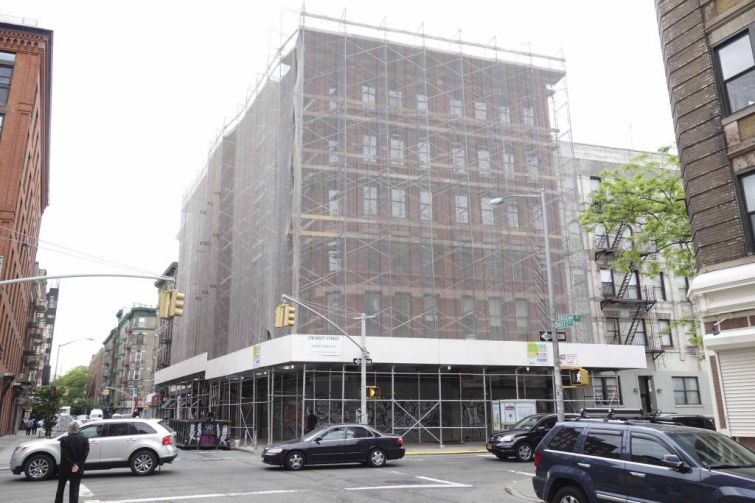 174 Mott Street, while it was being renovated in 2017. Photo: PropertyShark

The building at 174 Mott Street is saying arrivederci to its previous owners.

Continental bought the former manufacturing property in 2006 for $8.9 million and hired DXA Studios to renovate its facade, stairways and elevators in 2015, according to public records and DXA’s website. Ostertag bought a 25 percent stake in the building for $11 million, The Real Deal reported.

The duo has been looking to sell or lease all 46,967 square feet of the property, once home to the sewing machine manufacturer the Singer Corporation, to a single retail tenant since 2019, according to a Continental brochure. It’s unclear what AlleyCorp’s plans are or if the firm has secured a retailer

A representative for AlleyCorp and Milsmith’s Joshua Smith and Matt Mummert, two brokers advertising the property for sale, did not immediately respond to requests for comment. Representatives for Continental and DXA declined to comment.

AlleyCorp, known for its early stage technology startup investments, has poured money into other real estate-related ventures such as rental platform Great Jones, and it bought social network and events platform Meetup from WeWork in 2020.