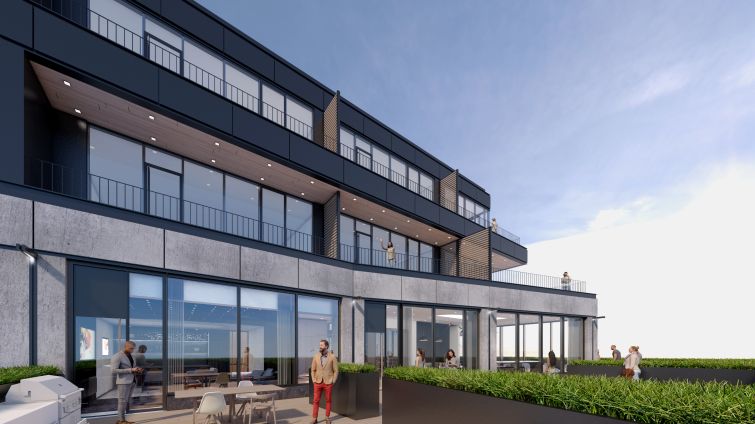 The market may be choppier than the Irish Sea, but substantial deals keep closing.

Vanbarton Group has landed  $272.5 million in construction financing for 160 Water Street to transform the Financial District office building into a multifamily property, Commercial Observer has learned.

“The Financial District is experiencing a new wave of residential success as the demand to rent apartments in Lower Manhattan grows,” Gil said in prepared remarks. “The property is ideally located and will be converted to residential use with a top amenities package that will cater to the growing downtown residential population.”

The 24-story, 533,000-square-foot office building — constructed in 1972 — will soon be repositioned into a 30-story, 588-unit multifamily property designed by Gensler.

After the makeover, the building will feature water views and include 34,000 square feet of amenity space, a lobby lounge, a coffee bar and a rooftop deck.

Vanbarton Group, led by Gary Tischler and Richard Coles, acquired the property in 2014, paying $165 million for the asset.

A sale of the property as a potential residential play was said to be mulled last fall, according to The Real Deal,  although that seems to have been shelved for now, with Vanbarton pressing ahead with its own repositioning of the asset. The last of the building’s office tenants left the property last October, per TRD, leaving the building vacant and ready for its next chapter.

It’s in good company, following other Financial District neighbors in their own office-to-multifamily repositionings, as the remote work creates office vacancies. In May, a partnership between Silverstein Properties and Metro Loft acquired 55 Broad —a 30-story office building constructed in 1967— with plans to turn it into 571 market-rate apartments.