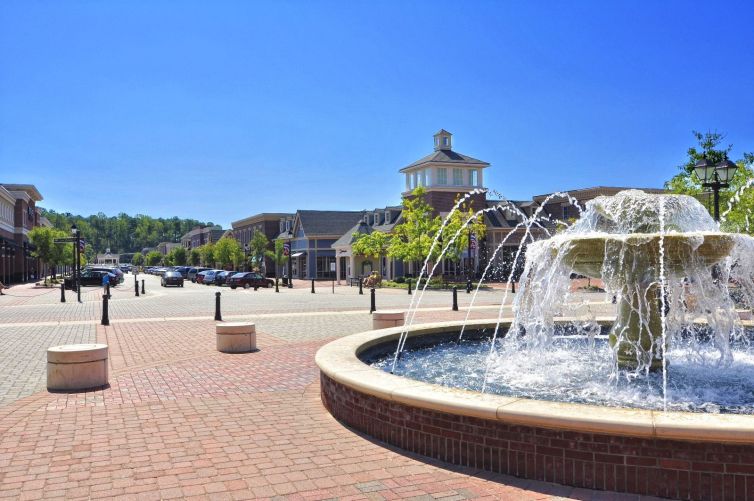 The property is 85 percent leased, including a newly inked 10-year lease from Planet Fitness. Developers Realty also recently extended a 42,000-square-foot lease from Regal Cinemas through the end of 2032 with the movie giant planning upgrades like stadium seating as part of a comprehensive renovation program for the anchor tenants backed by the Romspen loan.

“The purpose of this loan was because you have Regal performing a significant renovation and they just extended. And you have Planet Fitness, the second-biggest tenant, doing their buildout as part of a 10-year lease. They wanted to do a shorter-term deal while those tenants do that work and stabilize,” Kane said. “Thereafter they would either refinance into a permanent loan or explore potentially selling property.”

Kane said the property’s location in the Hampton Roads metropolitan statistical area with a population in excess of 1.8 million was a big attraction for the deal. The shopping center is at the intersection of Monticello Avenue and Ironbound Road with roughly 39,000 vehicles per day between the two thoroughfares. It is also just a few minutes away from Colonial Williamsburg and The College of William & Mary.

“It’s very convenient in terms of traffic count and highway access for those that want to get to the Regal,” said Kane, who noted that the next movie theater in the region is nearly an hour’s drive away. “And then on top of that there are great inline tenants that are easily accessible, and I think that’s what lenders liked about this deal and why Romspen particularly liked it.”

The property was recently appraised for $50.5 million, which Kane said equates to a 60 percent loan to value financing. He added that several letters of intent for new tenants are out that should soon bring the property to more than 90 percent leased with only some smaller inline spaces remaining to be filled.

Officials at Romspen and Developers Realty did not immediately return requests for comment.