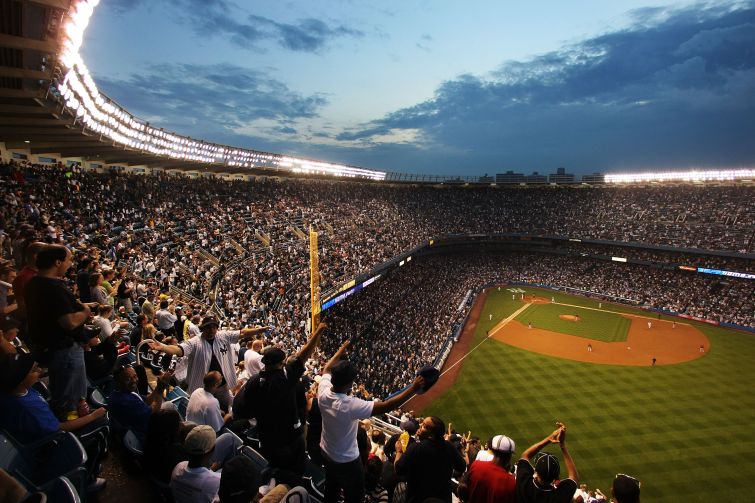 For Bob Knakal, baseball has always played a central theme in his life. His knack for statistics began with his love of baseball and has continued throughout his career into his statistical understanding of the commercial real estate sales market in New York City.

With the recent sale of 150 Union Avenue in Brooklyn, in fact, Knakal has reached a milestone in his career of 2,222 properties sold. Adam America developed the 130-unit apartment building at 150 Union Street in 2015, and HUBB NYC purchased it for $76.8 million.

Knakal, now in his 39th year brokering the sale of investment properties in New York City, has been tracking his sales activity meticulously since the beginning of his career. “My affinity for numbers started during my Little League baseball career. I was a pitcher and kept all my statistics in a scrapbook. I also collected baseball cards as a kid and always loved to read the stats on the back of the cards,” Knakal told me.

He easily rattled off that he knew: Hank Aaron had 132 runs batted in in 1957, Tom Seaver won 25 games as a pitcher for the Mets in 1969, and Don Mattingly had his best year in 1986 with 238 hits and a batting average of .352 for Knakal’s beloved New York Yankees, all remembered from the back of baseball cards. Clearly, this was when statistics became a meaningful pastime for him.

His baseball career continued throughout high school, where he was an all-county pitcher in Hackensack, N.J., and further to college, where he is still in the record books at the University of Pennsylvania for his low earned run average during his sophomore year.

Bob’s brokerage career began In July 1984 at Coldwell Banker Commercial (the predecessor company to CBRE). On his second day on the job, he met Paul Massey. The two teamed and four years later formed Massey Knakal Realty Services in November 1988. They decided the order of the names with a coin toss in the lobby of the Waldorf Astoria.

Massey Knakal was sold to Cushman & Wakefield in 2014. Knakal served as the chairman of New York investment sales at C&W until June of 2018. In September of 2018, we arrived at JLL with 53 of our colleagues, all of whom had worked at Massey Knakal with us.

Bob originally kept track of his transactions on a handwritten ledger, but now relies on an Excel spreadsheet after some prodding. Thus the handwritten ledgers were converted to digital format and now the list is updated as each new transaction of ours closes. The 150 Union Avenue sale is not only the 2,222nd sale of his career, but it also puts Knakal’s total dollar volume at over $20.5 billion, with more than 70 million square feet sold encompassing more than 40,000 residential units.

Rod Santomassimo, founder of the Massimo Group and Knakal’s broker coach for more than 10 years, put it in stark relief: “We have coached thousands of CRE brokers, and Bob is in a class by himself.  His commitment to his craft has positioned him as an authority in the most competitive market in the world. The man lives to create experiences for his clients and his family.”

For Knakal, the analogy of building sales to baseball remains.

“In the commercial real estate sales business, a majority of what we do everyday is not glamorous,” he said. “It’s fundamental stuff — making calls, following up with prospects, tracking comparable sales, reading real estate publications, showing buildings, and preparing opinions of value for potential sellers. These are the building blocks of the business just as running sprints, doing pick-ups and working on your curveball every day in practice are the building blocks of a pitcher’s life. These fundamental things are sometimes not fun to do but having the discipline to do them day after day and month after month is a differentiator. They put you in a position to succeed.”

“In baseball, the moment of truth is when you are on the mound and the umpire yells, ‘Play ball!’ In commercial real estate, that same moment is when you are meeting with clients to get the exclusive, at the contract signing, and sitting at the closing table.”

As for retirement, Knakal won’t hear of it. “I talk for a living, and I get to talk to, and help, great clients achieve their goals every day, many of whom become personal friends. I also work alongside good friends who have been there for 20 years with me. Why would I ever stop doing this?” Sticking with the baseball theme, he added with a smile, “In baseball, 3,000 hits is considered a great career milestone. It might take a while, but I have my eyes set on building sale number 3,000.”

Jonathan Hageman is a managing director in the capital markets practice at JLL and a 20-year business partner of Knakal’s.