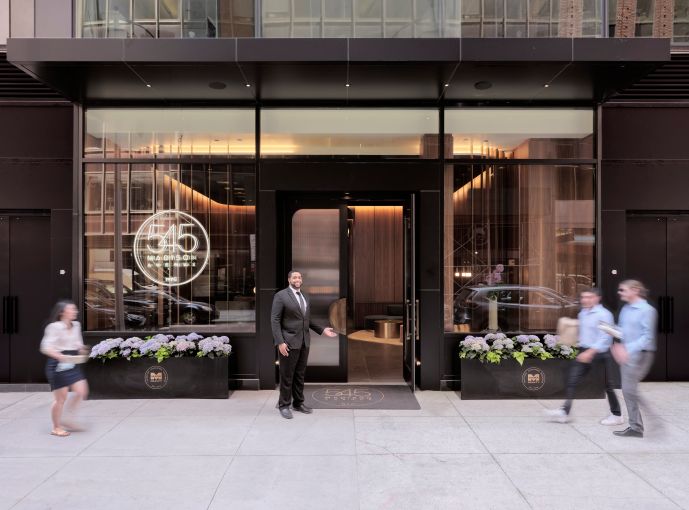 The real estate arm of the Milstein family, Ogden CAP Properties, will stick with its 42,000-square-foot offices at 545 Madison Avenue, Commercial Observer has learned.

Ogden inked a three-year deal for the third through sixth floors of the 18-story Marx Realty building, extending its lease until 2027, according to Craig Deitelzweig, president and CEO of Marx. Asking rents at the property between East 54th and East 55th streets range from $84 to $101 per square foot.

Ogden CAP Properties, which has the largest footprint in the 140,000-square-foot building, owns a huge swath of luxury residential properties across Manhattan. Ogden first moved to just 27,000 square feet in 2012, where it has managed the real estate empire of the late brothers Seymour and Paul Milstein ever since. It’s unclear when the company expanded to its current footprint.

The two Milsteins invested in buildings in Harlem, the Upper West Side and Battery Park beginning in the 1960s, becoming one of the biggest real estate names in the city. Ogden is now run by siblings Philip and Constance Milstein.

Ogden’s deal was one of five recently signed in the building, which Marx assumed control of in 2019 after evicting Thor Equities from its ground lease. Marx spent $10 million to renovate the property, which convinced some tenants with “one foot out the door” to stay, Deitelzweig said.

“Existing tenants finalized extensions based on our strong reputation in the sector and we completed construction swiftly, even in the face of a global pandemic,” Deitelzweig said.

Among those staying include Home Shopping Network’s (HSN) parent company, Qurate Retail Group, which signed a two-year extension for its 12,000-square-foot office and filming space on part of the 17th and 18th floors, Deitelzweig said.

HSN, which Qurate bought in 2017, moved to the tower’s glass-encased penthouse in 2009 to hawk its tracksuits, night creams and makeup on television, CO reported.

CBRE’s Ramsey Feher represented Qurate while Ogden had no brokers. CBRE declined to comment, and C&W did not immediately respond to a request for comment.