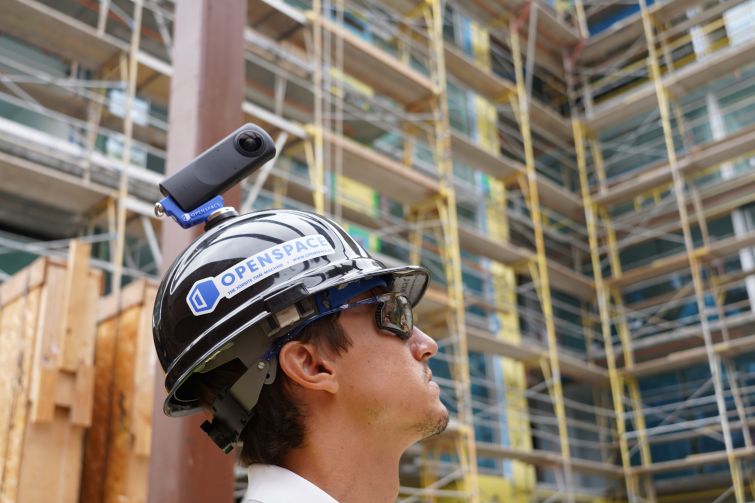 As if raising a $102 million Series D round in March 2022 wasn’t enough for OpenSpace, the proptech startup announced Tuesday that it has raised an additional $9 million in the round targeted toward expanding the company’s presence in the Asia-Pacific region (APAC).

The additional funding will be used to scale the San Francisco-based OpenSpace’s business in APAC and to continue developing AI-powered technologies, said Jeevan Kalanithi, CEO of OpenSpace.

“One of our goals is to be the global standard for the technology that we’re bringing to market,” said Kalanithi. “Having partners in APAC certainly helps us do that. The additional funding is really about providing opportunities for us to keep growing. We certainly didn’t need to raise extra capital or to go out to market to find new investors. This was very much about partnering with these two specific funds to help the company grow even further.”

Founded in 2017, OpenSpace uses artificial intelligence to stitch together images, creating a Google Street View-like digital twin of a job site and a record of its status over the course of a project. Customers have used OpenSpace on more than 14,000 job sites in over 80 countries, topping 10 billion square feet of job-site imagery captured on the platform.

OpenSpace’s technology has expanded rapidly in the last year, as the company added more capture capabilities beyond 360-degree images, including 3D scans from Lidar-powered iPhones and iPads. The company also introduced ClearSight Progress Tracking, AI-powered trackers that can classify and quantify what is in the image data, converting and mapping 360-degree images into quantities of materials, percent complete.

“We are continuously impressed by OpenSpace’s organic adoption across major real estate developers and owners,” Chris Green, CEO of GreenPoint, said in a statement. “It is a testament to the company’s invaluable construction optimization and centralization capabilities. We’re thrilled to provide our LPs access to best-in-class technology, which they can both leverage across their portfolios and help identify new product expansion opportunities.”

Getting the construction industry to adopt proptech software technology has been a challenge, said Kalanithi. However, he believes the adoption is now accelerating.

“Making something that fits into the workflows and the life of builders is not easy,” he said. “These are some of the busiest, hardest-working people out there on the face of the planet. Providing value to them is not easy. It’s easy to come up with something that sounds cool, but something they’ll actually use is a whole other matter. I feel like we cracked the code on that at OpenSpace, as we identified something that slots into the lives of builders pretty seamlessly and delivers value right away.

“More broadly speaking, I think that real estate development, proptech and construction technology in particular has been at this pinch point in the last five to 10 years, where the amount of work that needs to get done and the resources to do it don’t match up. There simply aren’t enough people to build and maintain all the infrastructure and buildings that we need to get out there. I think forward-thinking builders have recognized that the only way to meet the demand of this century is to change their processes and use technology like many other industries have to increase the overall productivity.”

In addition, the stereotypical idea that construction industry professionals couldn’t or wouldn’t adopt new technology in the field didn’t hold up. In fact, the opposite was true, said Kalanithi.

“There’s this notion that people in construction don’t want to adopt technology,” he said. “That they’re averse to it or something. Honestly, I think it’s the people that build technology that haven’t been able to build something that’s actually useful for them until recently. And that’s the problem.”