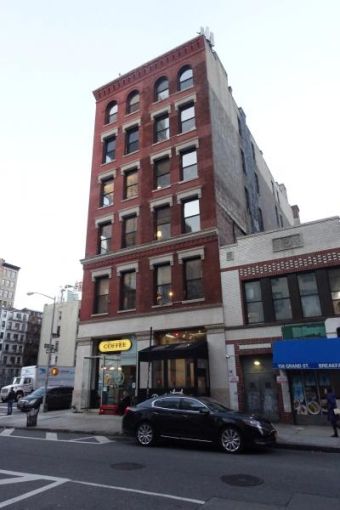 The three firms each took 4,386 square feet at The Eretz Group-owned property in SoHo, also known as 154 Grand Street, Commercial Observer has learned. Asking rent at the building ranges from $75 to $80 per square foot, according to landlord broker JLL.

NOWwith nabbed the entire third floor of the six-story building between Broome and Grand streets in a five-year lease. The company, which provides software that lets celebrities sell products on their social media feeds, already moved into the space ahead of its August launch, according to Platinum Properties’ Hiro Nishida, who represented the tenant in the deal. NOWwith, which raised $18 million in two seed funding rounds in May, relocated from another SoHo office, Nishida said.

“It’s a one-of-a-kind building in SoHo … with windows from two sides,” Nishida said. “It’s no wonder why WeWork’s first location was that location.”

New Zealand-based menswear brand Rodd & Gunn signed a seven-year deal for offices on the entire sixth floor of the building, as it looks to expand its retail footprint in New York City. The brand has a handful of locations in Manhattan and Brooklyn, including one independent outpost at 81 Front Street in Dumbo, Brooklyn.

Finally, La Ligne, a dress and knitwear seller started by two former Vogue staffers, also took a five-year deal to move its offices to the entire second floor of the property. La Linge, which has a retail store at 996 Madison Avenue, moved to the building earlier this year, though it was not immediately clear where its former offices were located.

The Lafayette Street building was where WeWork co-founders Adam Neumann and Miguel McKelvey set up the coworking company’s first 3,000-square-foot location in 2010, before WeWork’s rapid rise and fall became the subject of books and even inspired the star-studded Apple TV+ adaptation, “WeCrashed.” WeWork shuttered the outpost in July 2020 as it cut back on its office portfolio.

Savills declined to comment. NOWwith, La Ligne, Rodd & Gunn and Solmonson did not immediately respond to requests for comment.