Nina Shoes Shrinks Offices By Half at 200 Park Avenue South 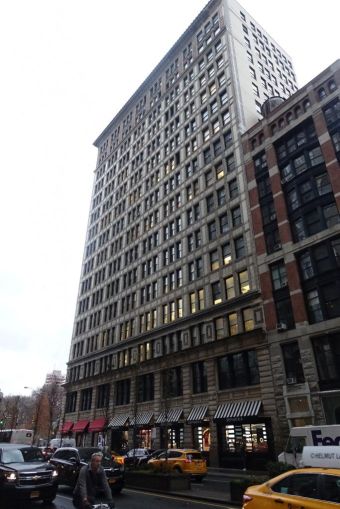 Nina Shoes is going down a size in Union Square.

The footwear retailer and its affiliate, kids clothing seller Kidpik, inked a five-year renewal to cut their office space at 200 Park Avenue South by half, from about 34,000 square feet on the third and fourth floors to 17,849 square feet on only the third floor, Commercial Observer has learned.

Lee & Associates NYC’s Corey Abdo, who represented the tenant with Catherine O’Toole, declined to comment on the asking rent in the deal but said asking rents in the building are around $75 per square foot.

“After going out and looking at other opportunities in the market, Nina decided that the best course for them was to remain in the building for a new five-year term,” Abdo said. “Like many companies, their footprint changed as a result of the pandemic.”

The high-class high-heel seller was hit hard by COVID-19, which shuttered the formal events that Nina Shoes catered to across New York. Kidpik, which shares Nina Shoes’ office space and is majority owned by Nina CEO Ezra Dabah, also faced warehouse closures and shipping delays in its kids clothing and shoe line, according to a Securities and Exchange Commission filing last year.

The deal keeps Nina Shoes in the landmarked˜ 17-story building it’s called home for 12 years, according to Abdo. Other tenants in the tower between East 17th and East 18th streets include law firm Muchnick, Golieb & Golieb, cosmetics and fragrance company Elizabeth Arden and Signature Bank.

ABS Partners Real Estate’s James Caseley and Charles Conwell represented the landlord, a group of ABS investors, in the deal.