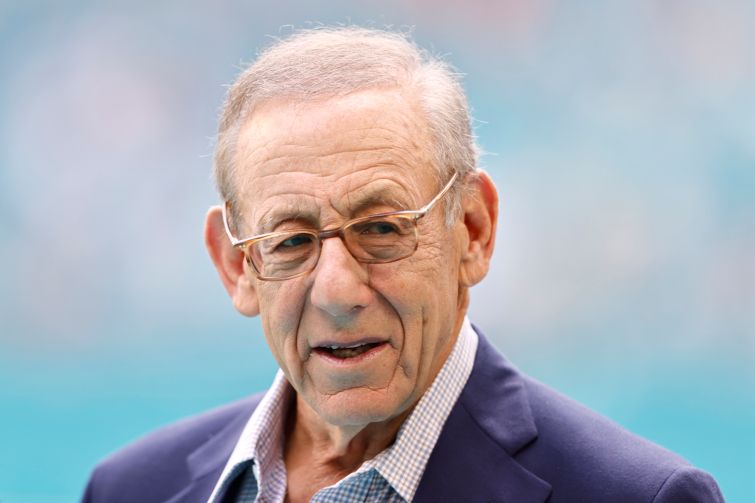 MIAMI GARDENS, FLORIDA - SEPTEMBER 19: Owner of the Miami Dolphins looks on prior to the game against the Buffalo Bills at Hard Rock Stadium on September 19, 2021 in Miami Gardens, Florida. (Photo by ) Photo: Michael Reaves/Getty Images

In a breach of NFL bylaws, Ross and Related president Bruce Beal communicated with the famed quarterback while he was under contract to the New England Patriots and the Tampa Bay Buccaneers between August 2019 and December 2021, according to an investigation led by former U.S. Attorney and SEC Chair Mary Jo White, which the league ordered.

Ross, who is worth an estimated $8.2 billion, was fined $1.5 million. As part of his suspension through Oct. 17, the developer is barred from representing the club at any NFL and team events. He’s also banned from entering the Dolphins’ facilities, including the Miami Hard Rock Stadium, which Ross renovated, partly out of pocket. Beal was fined $500,000.

The Dolphins will forfeit their first-round pick in the 2023 draft and a third-round selection in the following draft.

The “impermissible” negotiations revolved around Brady either playing for the Dolphins or joining as a limited partner and possibly serving as an executive.

The NFL launched the investigation following an explosive lawsuit, filed by former Dolphins head coach Brian Flores this year, alleging that Ross had offered $100,000 for every lost game in an effort to secure a favorable draft position. The Dolphins leadership fired Flores in January, despite the team’s winning record over the past two seasons.

While the NFL investigation fell short of corroborating Flores’ allegation, it found that Ross had expressed his belief that the Dolphins’ position in the upcoming 2020 draft was more important than the team’s win-loss record.

In his lawsuit, Flores had also hinted at improper talks with a high-profile player.

While Ross disagrees with the investigation’s conclusions, he accepts the penalties, saying in a statement that “the most important thing is that there be no distractions for our team as we begin an exciting and winning season. I will not allow anything to get in the way of that.”

The NFL punishment targets one of the most successful and influential developers in the country. Related Companies, which Ross founded in 1972, has built New York’s Hudson Yards, the largest private development in modern U.S. history, among many other high-profile projects.

In recent years, Ross has zeroed in on South Florida, becoming the largest landlord of Class A offices in West Palm Beach at a time when financial firms are flocking to the city.

The New York-based developer also began work on an office tower in Miami’s financial district, which could become the tallest skyscraper in Florida. In Miami Beach, Ross has enlisted star architect Frank Gehry to redevelop the Deauville Beach Resort, a historic oceanfront hotel where The Beatles performed on “The Ed Sullivan Show” in 1964. Miami Beach residents will vote on the project this November.