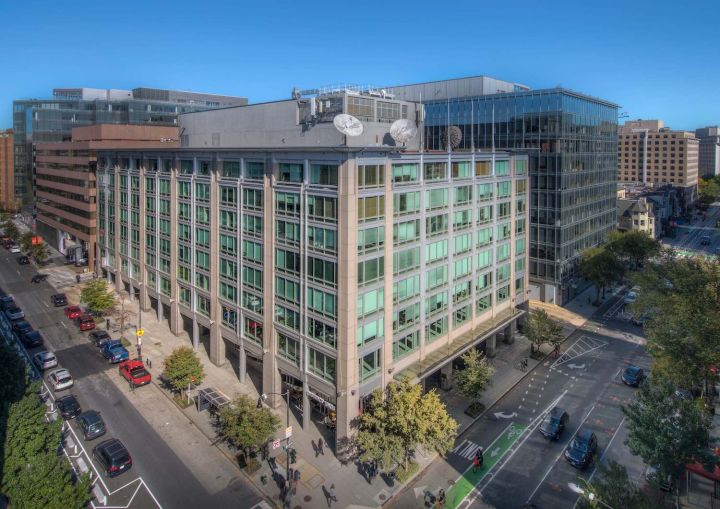 The national association representing the real estate finance industry has renewed its 34,560-square-foot office lease at 1919 M Street NW in Dupont Circle through 2035.

The 274,000-square-foot building, which was built in 1967 and renovated in 2000, is owned by 1919 M Street Association Limited Partnership. JBG Smith  manages the property.

The new lease terms will reduce MBA’s rent by more than $4.2 million over the course of the lease, according to Avison Young, which handled the negotiations for the MBA. The rent was not disclosed.

“MBA has made a long-term commitment not just to Washington, but also to the Central Business District, its home for decades,” Bruce McNair, a principal of Avison Young, said in a prepared statement. “We could not be happier for MBA, its employees and its members.”

Other favorable terms for MBA included securing “substantial” funding for MBA to redo its interiors to accommodate a hybrid work environment, and obtaining a commitment from the owner to modernize the building systems and upgrade all of the public areas including the main building lobby, according to Avison Young.

“This lease renewal means MBA is perfectly positioned for the future in an ideal setting adapted to the changing workplace,” Laura Peterson, Avison Young’s senior vice president, said. “It will be a premier headquarters befitting a premier organization.”

The building offers easy access to Georgetown and Capitol Hill, and is close to the Dupont Circle Metro station.

The Avison Young team also included Will Travis. The owner was self-represented.

The parties in the deal declined to discuss the deal further.