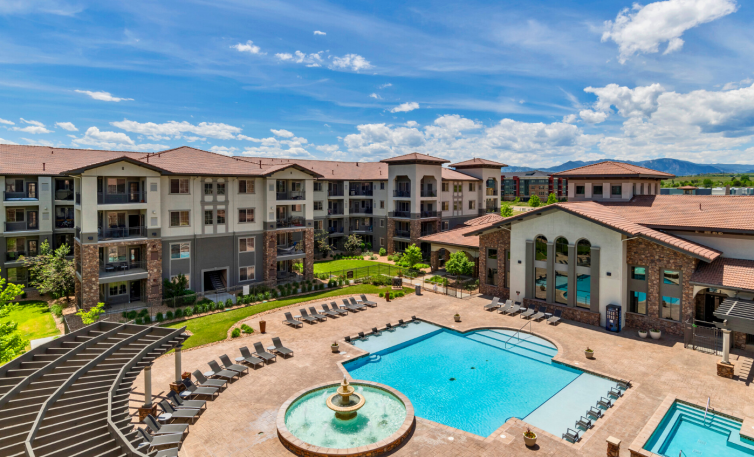 Sares Regis Group has landed $139.9 million for its acquisition and repositioning of a 386-unit multifamily property in Broomfield, Colo., Commercial Observer can first report.

Mesa West Capital provided the five-year, floating-rate loan, while the financing was arranged by a JLL with a team led by Brian Torp.

Located at 13620 Via Varra Road, Terracina Apartments was built in 2010. The 16.5-acre community offers one- and two-bedroom apartment homes with monthly rents ranging from $1,595 – $2,709, according to Apartment.com. Community amenities include a pool and hot tub, a clubhouse and fitness center, a co-working lounge, a dog park and pet wash and an outdoor games area

Sares Regis plans to conduct capital improvements with part of the loan proceeds, including upgrades to unit interiors as well as the renovation of the community’s common areas. Terracina Apartments was 95.1 percent leased at closing, according to information from Mesa West.

Back in May, Mesa West Capital lent $135 million for Berkshire Residential Investments’ purchase of a multifamily complex in Jupiter, Fla.

Officials at Sares Regis Group did not immediately respond to a request for comment.