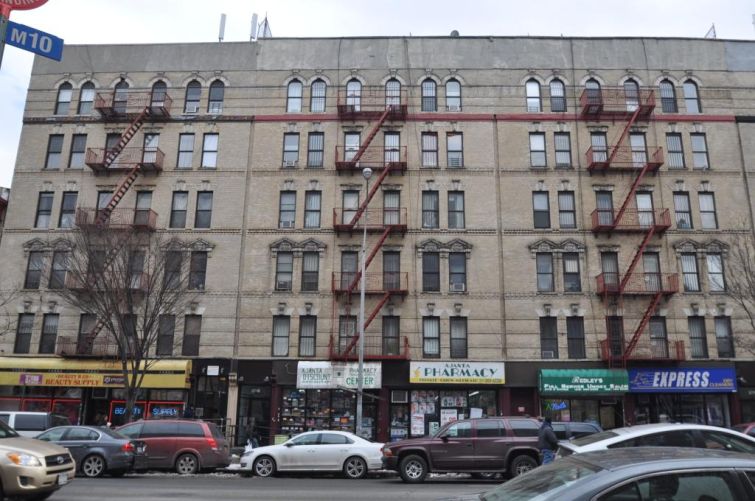 Elysee Investments picked up a portfolio of nine mixed-use buildings in Harlem for $32 million, according to property records made public Wednesday.

Two entities tied to Elysee bought the buildings from KLM Equities in a deal that closed July 28, according to public records. The portfolio includes more than 200 residential units and eight ground-floor retail spaces.

Elysee nabbed $21.8 million in debt from Flushing Bank to purchase the apartment buildings, according to public records. It was not immediately clear who brokered the financing or the sale.

It’s also unclear what Elysee has planned for the buildings, which include 2714, 2718 and 2470 Frederick Douglass Boulevard; 271 West 144th Street, 1941, 1968, 1972 and 1979 Adam Clayton Powell Jr. Boulevard and 203 West 118th Street. Elysee had not filed any permits with the New York City Department of Buildings to renovate or tear down the nine properties as of Wednesday.

Both Elysee and KLM declined to comment on the deal, and Flushing did not immediately respond to a request for comment.

KLM purchased the properties through three limited liability companies in the early 1990s from New York City for an unknown amount, according to public records.