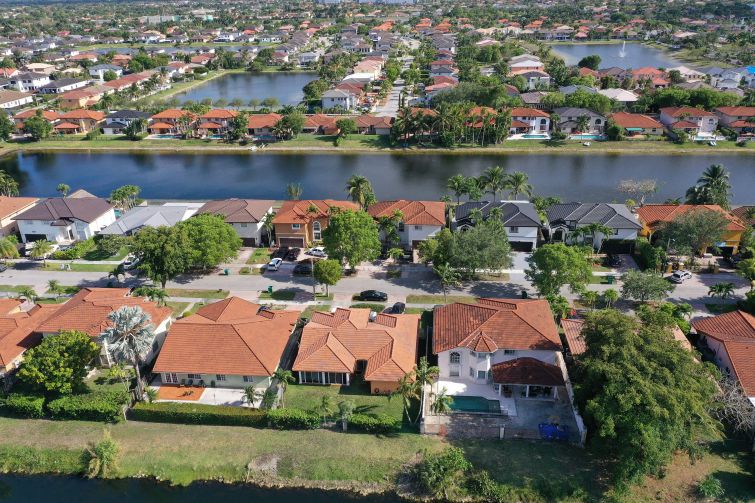 After two years of non-stop skyrocketing rents in Florida, affordable housing has taken center stage in the gubernatorial primary for the Democratic nomination.

On Tuesday, Aug. 3, former Florida governor  — and former Republican — Charlie Crist will face off against Nikki Fried, Florida’s agricultural commissioner and currently the only state-wide elected democrat in the Democratic primary.

Fried, pitching herself as a staunch liberal, and Crist as a moderate, are vying to defeat sitting governor Ron DeSantis, a far-right Republican who’s already widely seen as a leading contender for the presidency.

After DeSantis took office in 2019, the pandemic turbocharged Florida’s real estate market. More than 700,000 people, many of them wealthy, high-earning northerners, relocated to the Sunshine State during the past two years, driving up prices and displacing longtime residents.

Rental rates in Florida’s largest metropolitan areas have risen by at least 16.5 percent during the past year, according to the latest figures from Realtor.com. In South Florida, the figure balloons to 37.5 percent, consigning the region to the fastest rising rents in the country. Median home prices in South Florida’s three counties have also surged by double digits in the past year, per the Miami Realtors Association.

“Every day we are hearing about skyrocketing rents; individuals and families are being forced to move because they can no longer afford where they live,” Miami-Dade County Mayor Daniella Cava Levine said during a press conference declaring a state of emergency over affordable housing earlier this year.

Crist has also thrown himself behind the issue. The Democratic candidate was Florida’s Republican governor between 2007 and 2011 before switching party affiliation in 2012, becoming a Democratic Congressman in 2017.

Despite once being regarded as a moderate country-club Republican, Crist has blamed Wall Street for the housing crisis. He described investment firms, who hike up rents and buy up single-family homes, as “vultures” in a July interview with the Tampa Bay Times.

The former Republican said he would appoint a housing czar to help local governments and bring down prices. Crist’s proposals include capping how many single-family rentals an investment firm can own in a market and taxing properties purchased by investors that are left vacant.

His opponent has also taken a somewhat populist approach. If elected, Fried said she would direct Florida’s Attorney General to halt rent hikes and “designate anything over 10 percent as price gouging.”

Experts who spoke with Commercial Observer said the proposals ranged from promising to misguided.

Key to bringing prices down is to add supply, said Ken H. Johnson, a real estate economist working at Florida Atlantic University (FAU). Take Palm Beach County. To meet demand and stabilize the market, the county needs to add about 7,200 units annually over the next decade, but less than half — 3,200 new units — are being constructed each year, according to Johnson’s estimates.

Implementing price ceilings would most likely spook developers, discouraging them from building new residential properties. “Rent controls would make it incredibly difficult to build enough units to catch all the people who are moving here,” the economist said.

But not all experts agree. When prices have risen as much as they have in Florida and there’s still plenty of demand left to satisfy, some limitations on rent increases may not slow down the pace of development.

“Rents are already at such a level that whoever owns these rental properties is doing quite well,” said Ned Murray, the associate director of the Jorge M. Perez Metropolitan Center at Florida International University (FIU), which studies affordable housing and the economy.

“Rent stabilization programs would not prohibit increases. It’s going to attach those annual rent increases, to say the cost of living. It’s a reasonable measure that should not impact the rental market from a construction standpoint,” Murray added.

One county will test the community’s appetite for such a measure. In a first for the Sunshine State, residents of Orange County, which includes Orlando, are expected to vote on limits to rent hikes in November’s election.

Experts responding to Crist’s proposals said that demonizing Wall Street is not the answer. Institutional investors bring market efficiency, the benefits of which include quicker sales and fair market prices, according to FIU’s Johnson. For example, companies are unlikely to let a home sit on the market for months in hopes of getting an unrealistic price like some regular sellers are notorious for doing.

“It’s not just Wall Street or even small investors,” FIU’s Murry added. “Let’s face it — everyone jumped into this over the past two years. The real estate market was seen as quite lucrative, especially if you’re getting 30 percent year over year increases.”

Critics have derided DeSantis for seeming to care more about feuding with Disney and eyeing the White House than urgent local issues such as rising housing costs, but Johnson says that some of the governor’s regulations — which simplify or incentivize development — are a step in the right direction.

To encourage development, the governor signed a bill in June capping hikes for impact fees. Local governments require developers to pay, or at least subsidize, the public services tied to new construction, which can include the creation of new roads and expansion of the sewage system.

Since the process for determining impact fees is often opaque, it can suppress development, according to Johnson. But he believes that a law adding transparency to the procedure, rather than another price ceiling, would have been a better move.

“A developer should be able to walk into a county office and know how much it’s going to cost he or she to build x-number of units and for x-type of street and sewage,” Johnson said.

Both experts agree that elected officials have mostly ignored the issue until now, when it’s turned into a full-blown crisis. Just look at the pillaging of the Sadowski Trust Fund.

Following Florida’s real estate market crash, when elected officials had little appetite to keep prices low, they diverted about $2.2 billion from the Sadowski Trust Fund for other projects, costing the state 166,000 in affordable units, according to a 2021 report by the Florida Housing Coalition, a Tallahassee-based nonprofit.

Florida State law, by and large, bans rent controls. They can only be enacted if a county shows that it’s experiencing a housing emergency. Even if the ballot measure in Orange County passes, residents will have to update it each year.

Politicians are only paying attention now as astronomical housing costs are hurting Florida’s other industries, including the hospitality sector whose low-wage jobs are going unfilled because workers can’t find housing, Murray said.

The two Democratic candidates have vowed to fully fund the Sadowski trust. In 2020, Governor DeSantis vetoed $225 million from being funneled out of the Sadowski fund in a proposed budget.

As Tuesday approaches, polls have tightened in favor of Crist, though the former governor is still considered no match for the sitting governor, who has raised an astounding $165.6 million.

Whoever wins in November will face a daunting task, one that will require comprehensive, wide-ranging solutions, more than just piecemeal action as Florida elected officials have done for the past two decades, Murray said.

Bringing housing costs down shouldn’t just be a political slogan, he added. “If they’re elected, they have a real challenge ahead of putting housing affordability at the forefront, not just on the back burner.”