Nuveen provided $53.4 million for the acquisition 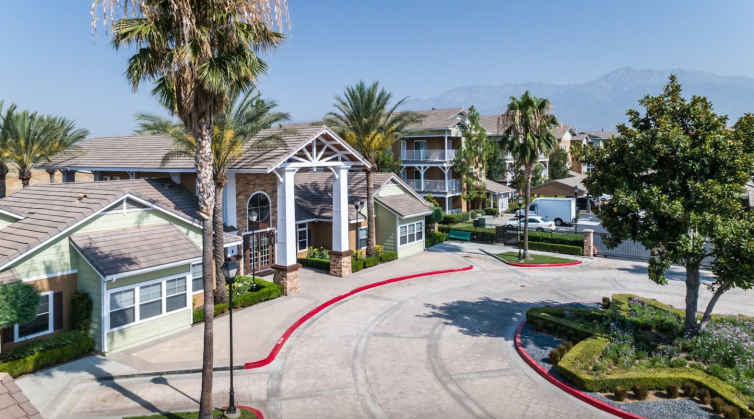 The three-story complex called The Village on 5th was built in 2005 at 9400 Fairway View Place. Google Maps

With multifamily demand surging in Southern California’s Inland Empire, investment firms such as Greystar are looking to grow their foothold to take advantage.

The South Carolina-based company has paid $97 million for an age-restricted community with 264 units in the city of Rancho Cucamonga, property records show. The deal pencils out to about $367,424 per unit. Nuveen provided $53.4 million for the acquisition.

Greystar did not return a request for comment. The property was owned by Acacia Capital, which declined to comment.

The three-story complex called The Village on 5th was built in 2005 at 9400 Fairway View Place. It includes four residential buildings with 218,500 square feet of space over 9.6 acres. Units are restricted to residents age 55 and older.

According to Kidder Matthews’ most recent quarterly multifamily report, three of the Inland Empire’s top five multifamily transactions over the second period this year happened in Rancho Cucamonga. That included two acquisitions by TA Realty for $257 million, one of which was sold by Acacia.

The multifamily vacancy rate was at 2.9 percent in the second quarter, with average asking rents at $1,787 per month, according to Kidder Matthews. That’s more than 10 percent more expensive than during the same quarter last year.