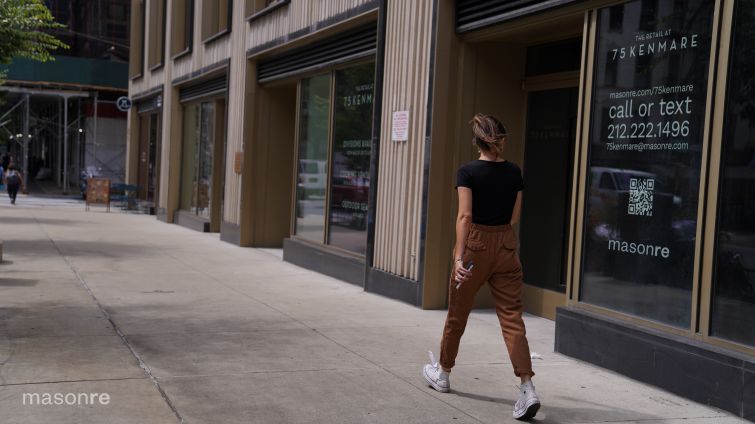 Undefeated signed a 10-year lease for 6,162 of the ritzy residential condo building at 75 Kenmare Street, Commercial Observer has learned. Asking rent for the space — which includes 4,212 square feet on the ground floor and 1,950 square feet in the basement — was $195 per square foot, according to landlord broker masonre’s David Abrams.

Los Angeles-based Undefeated will open its New York City store in the seven-story building, which boasts interiors designed by Lenny Kravitz’s Kravitz Design, in the spring. The retail space received a lot of interest from restaurants, but Abrams said he wanted to bring in a company that would complement the neighboring tenants Bondi Sushi and The M Jewelers.

“Streetwear was always something we wanted [and] … with the residential units above we really wanted something elevated,” said Abrams, who represented the landlords with colleague Eliot Goldschmidt and Newmark’s Pierce Thompson. “It’s just a great name. They bring this L.A. vibe that we were hoping for.”

Most of Undefeated’s eight U.S. locations are in California, the 20-year-old store has 22 outposts abroad in Japan, Hong Kong and China. It’s collaborated with big brands like Nike on high-priced sneakers including the Air Max 97 since the company was founded in L.A. in 2002.

Its future New York City home was developed by a trio of landlords — DHA Capital, First Atlantic Real Estate and AMS Acquisitions — in 2016. The property, on the northeast corner of Mulberry and Kenmare streets, is also known as 196 Mulberry Street.

CBRE’s Matt Chmielecki handled the deal for Undefeated. Chmielecki was not immediately available for comment.