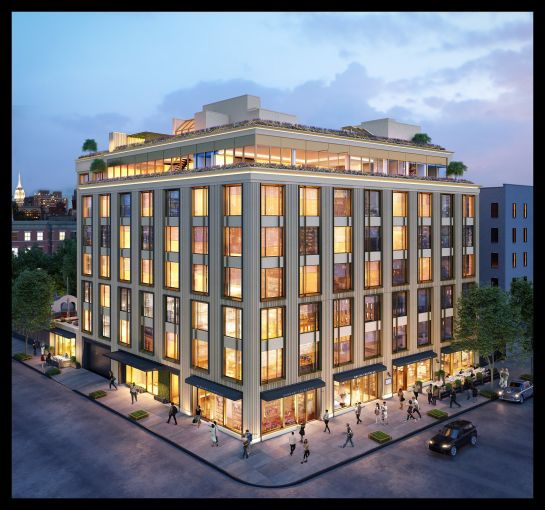 The seven-story property sits on the northeast corner of Mulberry Street and Kenmare Street in Nolita and has an alternate address of 196 Mulberry Street.  It will include 38 luxury units totaling 42,533 square feet, as well as 8,079 square feet of ground-level retail space and 1,950 square feet of below-grade retail. Building amenities are set to include a rooftop terrace, a fitness center, a landscaped courtyard and underground automated parking garage.

“We were pleased to able to refinance with our existing lender Deutsche Bank on terms that benefited both parties,” Hollander told CO via email. “We are 50 percent sold and market response has been very enthusiastic.”

“The lending market chased this opportunity aggressively with several higher leverage offers,” Stolly told CO. “Ultimately, restructuring their existing debt provided the sponsorship with the flexibility they were looking for to execute their business plan with less frictional costs.”

Lenny Kravitz’s Kravitz Design is the interior designer for the project—which has an anticipated sellout of more than $130 million.

“The sponsorship trio of DHA, First Atlantic and AMS are having immense success in bringing this new development to life, and the strong pre-sales momentum reinforces the location and quality of product,” Roeschlaub said.