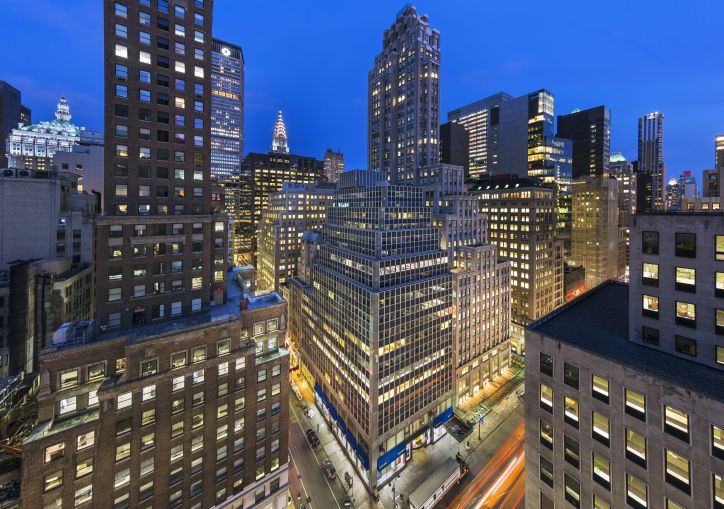 A jewelry designer and an investment manager took a total of 40,550 square feet at 529 Fifth Avenue in Midtown, Commercial Observer has learned.

SDC Designs — which designs and wholesales jewelry — will renew its 12,423-square-foot space on the 16th floor and add 17,382 square feet on the 10th floor, bringing its presence to 29,805 square feet, according to landlord Silverstein Properties.

Meanwhile, ARS Investment Partners plans to relocate its offices from nearby 500 Fifth Avenue to 10,745 square feet on the fifth floor of the 20-story building between East 43rd and East 44th streets.

Asking rents were in the low $70s per square foot, according to landlord broker JLL, which declined to provide the length of the leases.

Newmark did not immediately respond to requests for comment.

“As the workforce continues to return to work, convenient access is a major attraction,” Glickman said in a statement. “Owned and operated by a best-in-class institutional landlord, 529 Fifth Avenue is well positioned to capitalize on renewed demand from high-caliber tenants seeking space in highly amenitized properties in prime locations.”

The building was constructed in 1958 and underwent a renovation in 2016. More work was done last year in the form of $20 million in upgrades that created an amenity floor and repositioned the ground retail space previously occupied by Best Buy, according to JLL.

“The decision for ARS was a very easy one because 529 Fifth Avenue checked off all the boxes for the company,” Savills’ Horowitz said in a statement. “The firm will be located steps away from Grand Central Station and in an amenity-rich building owned by a stellar ownership group.”